(Santa Barbara, CA) – Cabana Home is pleased to present Consensual an exhibition of new and recent works by Los Angeles based artist Adam Berg. Berg challenges the boundaries of art and science by dissimulating one within the other. Consensual is a play of partial disclosures, and imperfect identifications, as the artist reveals the collusive nature of our engagement with disciplinary constructs and assumptions. Berg’s insights are particularly timely given the recent confirmation of the discovery of the Higgs Boson particle, and the highly visible meteoritic activity of the past months. Facing a new era of scientific preoccupations, it is fitting that the discipline be subject to critical excavation and interest. In his Los Angeles solo debut Berg explores the disciplinary fallacies of art and science, intuiting the ways in which our perceptions and biases shape the attribution of empirical “truth” or “reality”. By engaging the viewer as an active participant in the production of meaning, Berg explores the vacillating nature of perception. Working across media in painting, film, drawing, and sculpture, Berg probes the constructs of knowledge by creating unlikely encounters between the poetics of art and the quantitative findings of science; encounters that challenge the mutual exclusivity of these disciplines and engage a variety of “ways” of seeing simultaneously. The work explores the possibility of artifice and performance in the production and expression of the scientific, and draws from scientific content and theory to produce an aesthetic experience. By engaging the interstitial spaces between art and science, Berg encourages a self-reflexive reading of objects and space. 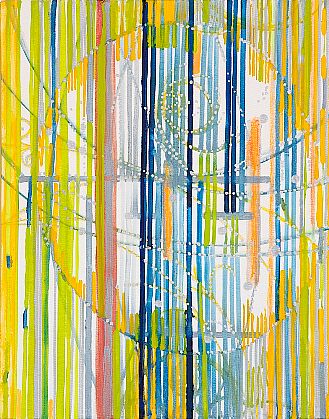 Consensual will combine painting, drawing, sculpture, and video works by the multi-disciplinary artist. Through the use of multiple media, Berg engages the viewer’s perception with an aggregation of phenomenal experiences. The thematic trajectory of Consensual is established by a video installation of the same name, in which Berg presents us with an unexpected subterfuge: a performance of science. Actor, David Charles, plays a scientist in a real physics lab – the Bellan Plasma Group in Caltech (Courtesy of Professor Paul Bellan), and assumes the role of authoritative arbiter. Through the “unscientific” invasion of a scientific context, Berg plays with our inability to fully disentangle the bias of our perceptions from the “truth”, effectively conflating our experience of the scientific with the artistic. This video provides the exhibition with a critical and thematic lens through which to approach the rest of the work. 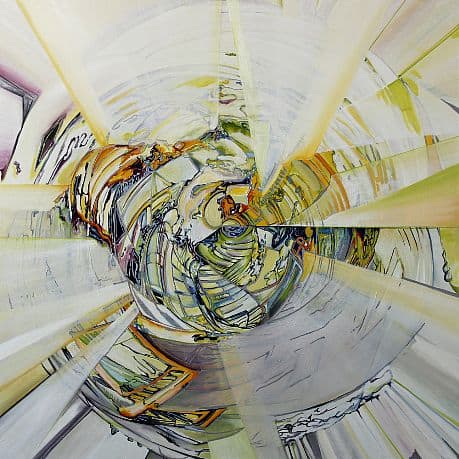 In the context of his painting, Berg uses scientific references to geometry and physics and distills them into an abstract aesthetic vocabulary. The paintings invoke technological and scientific images of colliders, accelerators, and experimental physics, and much like the video and sculptural works, anticipate the participation and agency of the human in their reception. The paintings allow the suggestion of figurative elements to emerge and recede from within the abstraction and geometry. These ambivalent traces seem to speak to the artist’s desire to reveal the permeable nature of delineations. Similarly, Berg’s stainless steel, bronze, and mixed media sculptures confound the distinction of scientific and aesthetic space. The sculptural pieces are imposing geometric gestalts, but the reflective nature of their highly polished surfaces interrupt the spatial distinction between the self and the other, the inside and the outside; the experiential nature of perception and the empirical “truth” of the object. Berg’s drawings also play with this idea of evidence as activated by human imposition, as we are shown a series of mixed media renderings of hands cradling and manipulating meteoritic specimens. While borrowing from the conventions of scientific illustration and proof, the works obscure the fine line between art and evidentiary records. Central to Consensual is our complicity in the participatory imperative of meaning. Berg challenges us to consider the way in which our engagement of time and space, and our differentiation of reality from artifice, is an extension of our own divisive cognizance. Born in Tel Aviv and currently based in Los Angeles, Adam Berg holds an MA and PhD in Philosophy from the University of Haifa, Israel. Berg has been exhibited internationally in Italy, Israel, and Canada, and in 2012 was the subject of a solo exhibition at the Santa Monica Museum of Art entitled Endangered Species. Berg was recently featured in the group exhibition Inner Journeys Outer Visions at the Los Angeles Municipal Art Gallery, and is the subject of a forthcoming solo exhibition in Italy in 2013. Adam Berg is currently on faculty at the Otis College of Art and Design.

Adam Berg: Consensual is the seventh of an on-going sequence of exhibitions organized by gallerist Edward Cella of Edward Cella Art + Architecture, in collaboration with Caroline and Steven Thompson, principals of Cabana Home. Through regular presentation of new and notable contemporary artists, the ongoing series seeks to open a dialogue between artists and collectors in Santa Barbara, Los Angeles, and beyond. 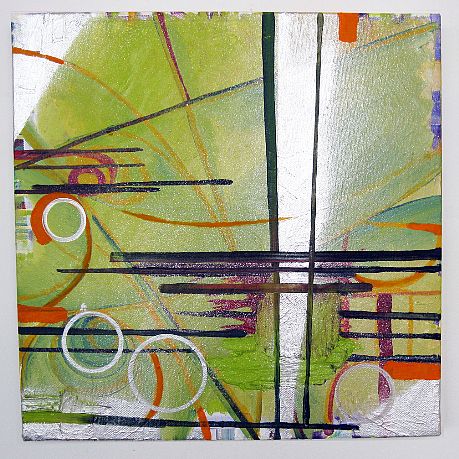 THE EXHIBITIONS ARE FREE AND OPEN TO THE PUBLIC.