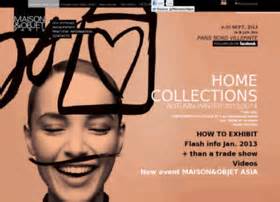 We left beautiful Santa Barbra at 9:25 AM on Wednesday morning…

and arrived Paris Charles de Gaulle at about 9:30 AM Thursday morning… 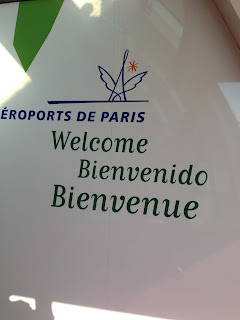 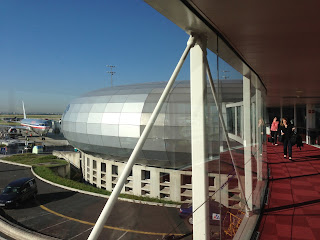 A beautiful neighborhood with one drawback, we are practically next door to the the Élysée Palace the official residence of the President of the France, containing his office, and is where the Council of Ministers meets. It is located near the Champs-Élysées in the 8th.

A problem? Not usually, but since France, without military might, has publically endorsed attacking Syria, they probably aren’t so popular with the opposition, and those French love to demonstrate, and terrorist do attack. Yikes! 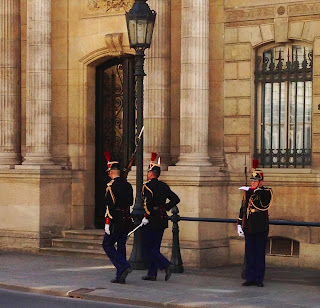 The changing of the guards: Looks like they could use a few more if things continue heating up with Syria!

A beautiful pair of doors along the street, a wonderful knocker (actually there were a pair of these big knockers), and a great window shopping. 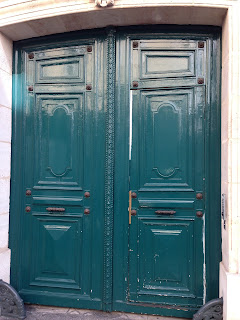 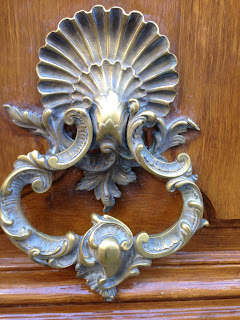 Interesting chandelier, below, in one of the shop windows, very much in the style of the American designer, the late Tony Duquette. 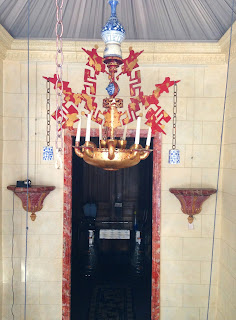 So, to take our mind off of possible dangers, we do what most (okay, maybe some) people like us do, we went shopping, first stop Printemps. Of course we were just trying to stay awake until the evening to help with the jet lag, so our interest in shopping was less than enthusiastic. I saw some humorous items which pretty much sums up our interest in shopping for fashion, below: 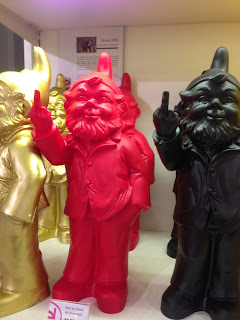 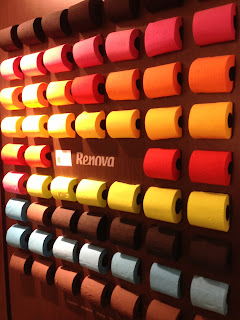 Yes, that is toilet paper to match your bathroom decor… oh those French!
So, we weren’t so interested in shopping and headed back to the hotel. This viewed from the window of our hotel room was the last thing I saw last night before my head hit the pillow at 6:00, not to wake again until 7 am this morning. 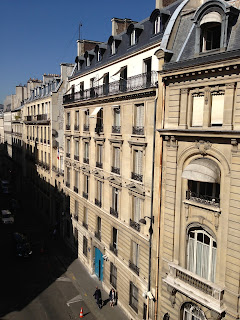 We are now dressing (actually Caroline is dressed and I’m sitting here in my boxer shorts) about to head out to catch the metro to the show.
More later, I’ve got to get in the shower.
Good night moon.