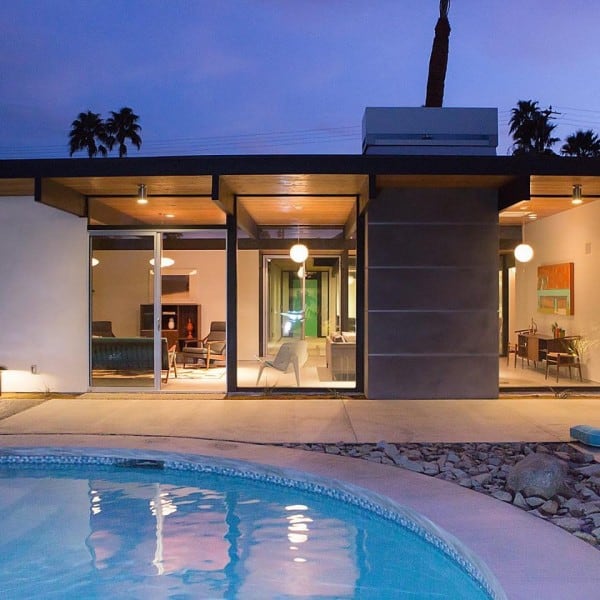 When I think of the romance of living in a mid-century home or driving a cool vintage car, the romance quickly gives way to my fear of the lack of features and conveniences. New comes with a warranty, its clean and its fresh and has the latest technology. Old comes with none of the above. Enter the “Desert Eichler’s” in Palm Springs, which were on tour during Modernism Week. These homes showed me that you can have a mid-century home, but with all the conveniences of new, built from the original architect’s plans used by the famed mid-century California home builder, Joseph Eichler. 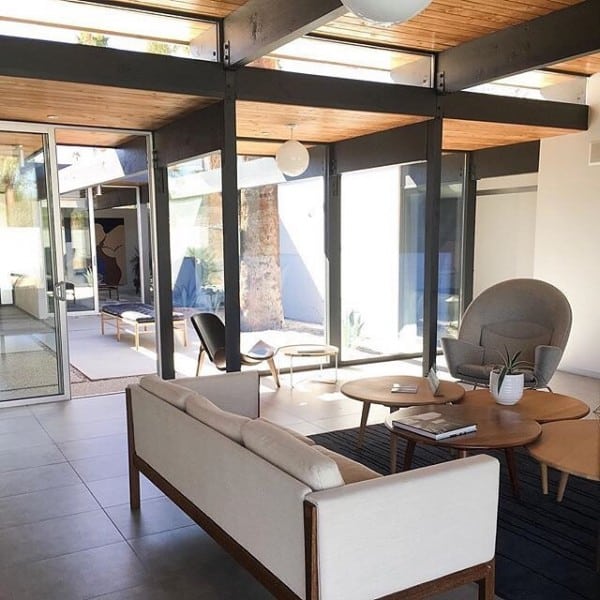 It’s the complete package that Eichler offered from the beginning, but built with modern, better engineered and more sustainable building materials, and higher energy efficiency. The Desert Eichler Home Tour, sponsored by KUD Development who debuted the new Eichler homes — come with certificates of authenticity — straight from the developer’s original plans, by architect Claude Oakland. 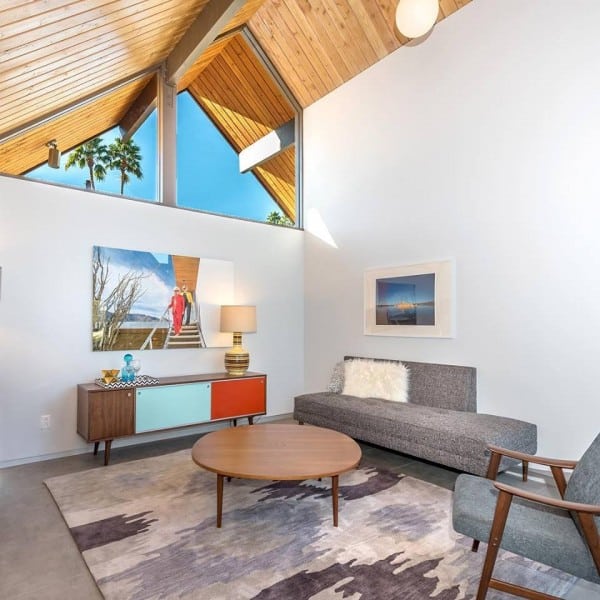 What made an Eichler, an Eichler? They were built using post and beam construction, which was a departure from the typical wood frame construction of homes built prior to World War II. With Post & Beam you could have glass walls and openings on virtually any wall, or an interior glass enclosed atrium, thereby bringing the outside in, what a concept in the 1950’s. 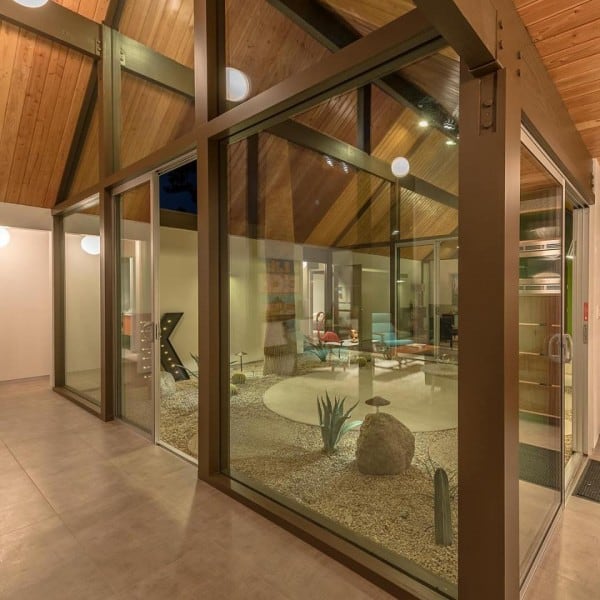 Eichler who built over 11,000 tract homes for the masses in California, was a strong proponent of fair housing and deeply opposed to racial discrimination, the liberal Eichler is thought to be one of the first builders to sell to minorities. Eichler resigned from the National Association of Home Builders in 1958 in protest of racial discrimination policies and, according to reports from Eichler owners, he offered to buy back homes from those who objected to a new neighbor. 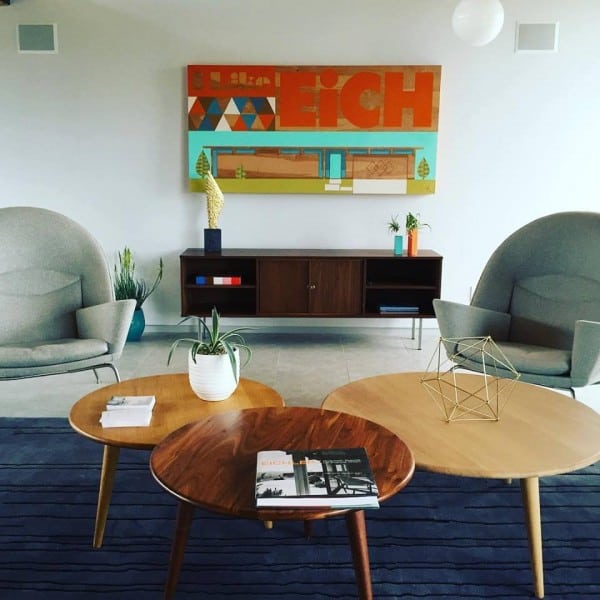 As an Interior Designer, I loved the fact that the developer furnished the models with vintage mid-century as well as iconic pieces from Carl Hansen & Son from Denmark, and the very fun photography by Fred Moser (aka “Fred Baby” the fashion photographer husband of fashion blogger Kelly Golightly). In conjunction with Modernism Week, Moser recreated the iconic Slim Aarons photo, “Poolside Gossip”, 45 years after the original photograph with the original participants, which was featured in a story in the New York Times! 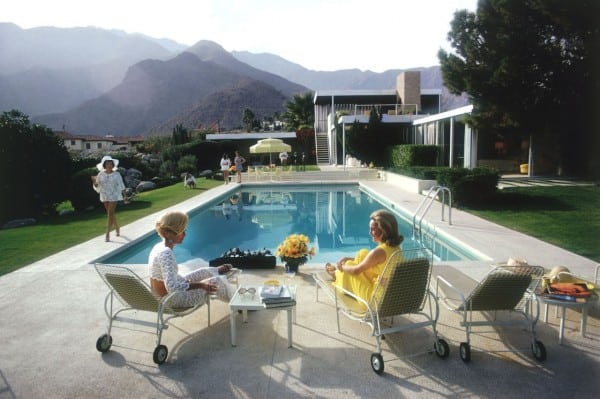 Want more on Eichler? Check out these websites: 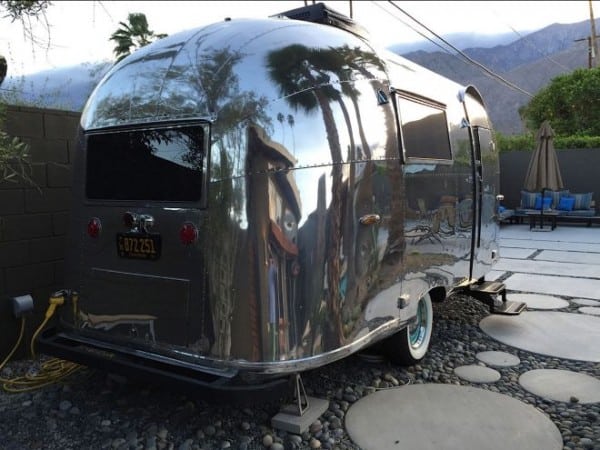 The Vintage Trailer Show returned this year with more than 50 vintage trailers. Never having owned a trailer, I’m enthralled by this piece of iconic American history. Apparently there was a People’s Choice award for Best Trailer that went to Randy Gomez who founded Hollywood Vintage Airstream, for his 1959 Airstream Pacer. 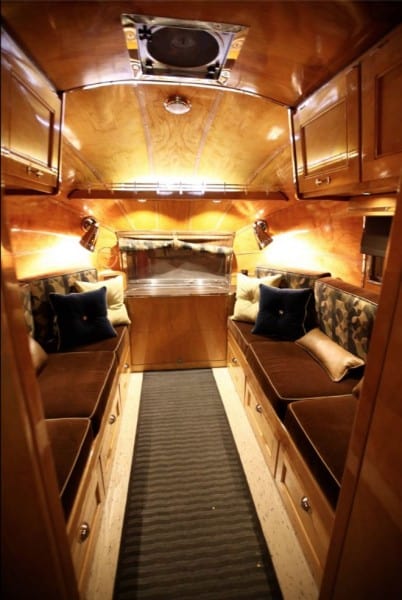 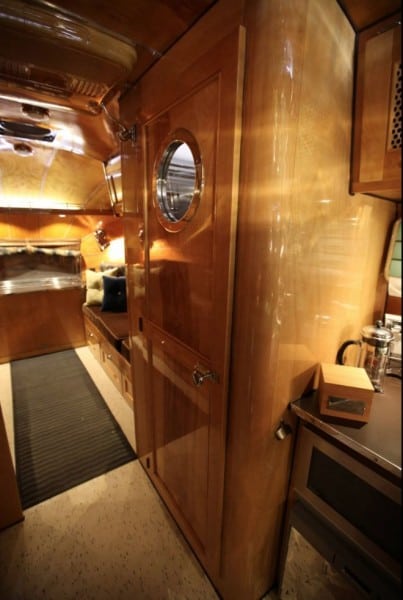 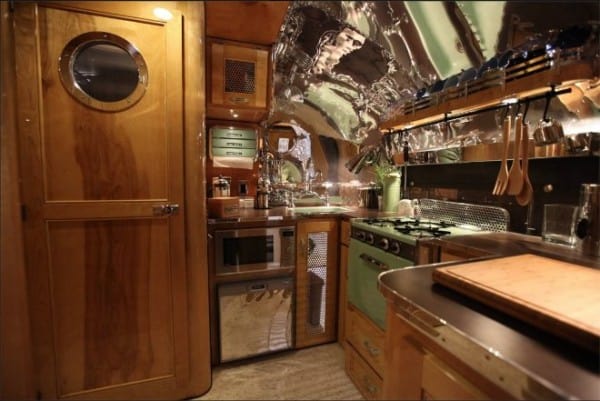 Party at the Yacht Club The event was at historic Albert Frey designed North Shore Yacht Club on the Salton Sea, built in 1959, celebrated its addition to the National Registry of Historic Places, and was an opportunity to shed light on the Salton Sea’s history and precarious future. Notable: The Salton Sea is currently the largest lake in all of California, occupying approx. 370 square miles. To look at the desolate saline sea, one would hardly believe that it was once frequented by The Rat Pack and Hollywood’s elite.