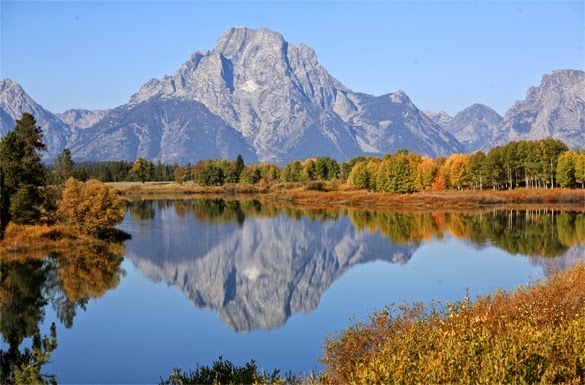 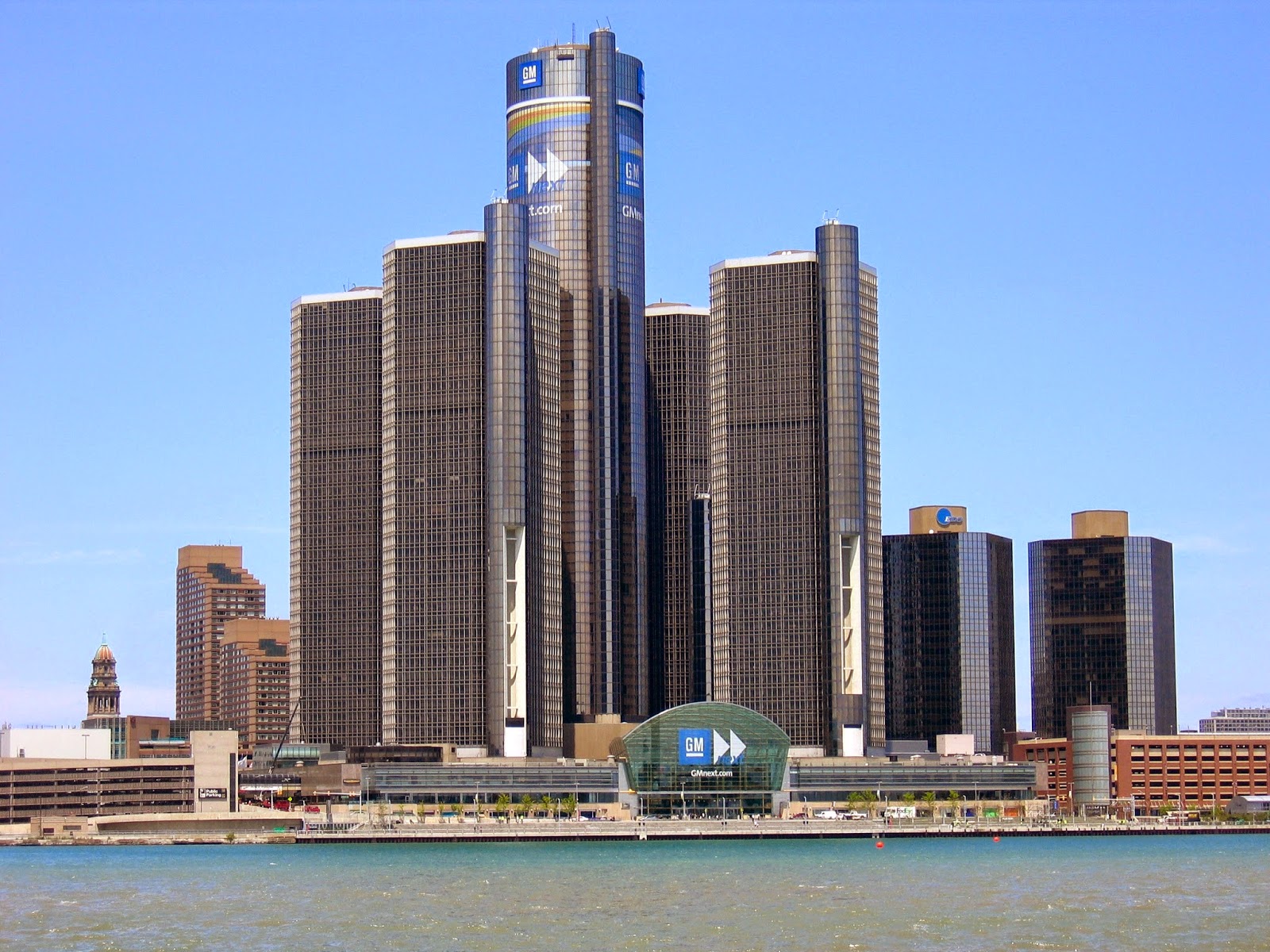 “Hiking Yellowstone for my Birthday or exploring downtown Detroit”
hmmm…

“Hiking Yellowstone for my Birthday or exploring downtown Detroit”
hmmm… 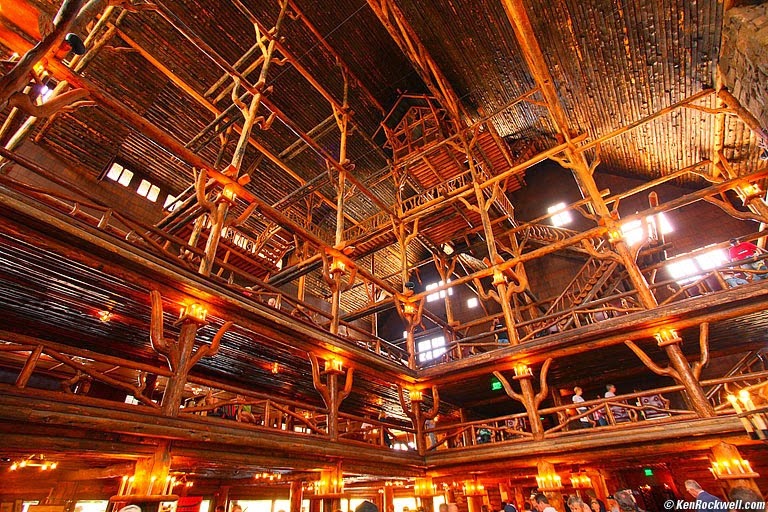 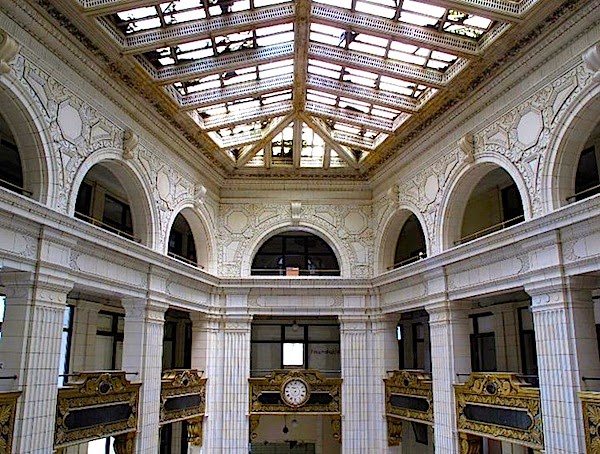 The Aloft Hotel at The David Whitney, Detroit, MI

You may wonder, with Yellow Stone as an option, how is Detroit even in the running?

My interest was piqued all the way back in 2011 with a Super Bowl ad starring Eminem, “Imported from Detroit” (https://www.youtube.com/watch?v=SKL254Y_jtc). 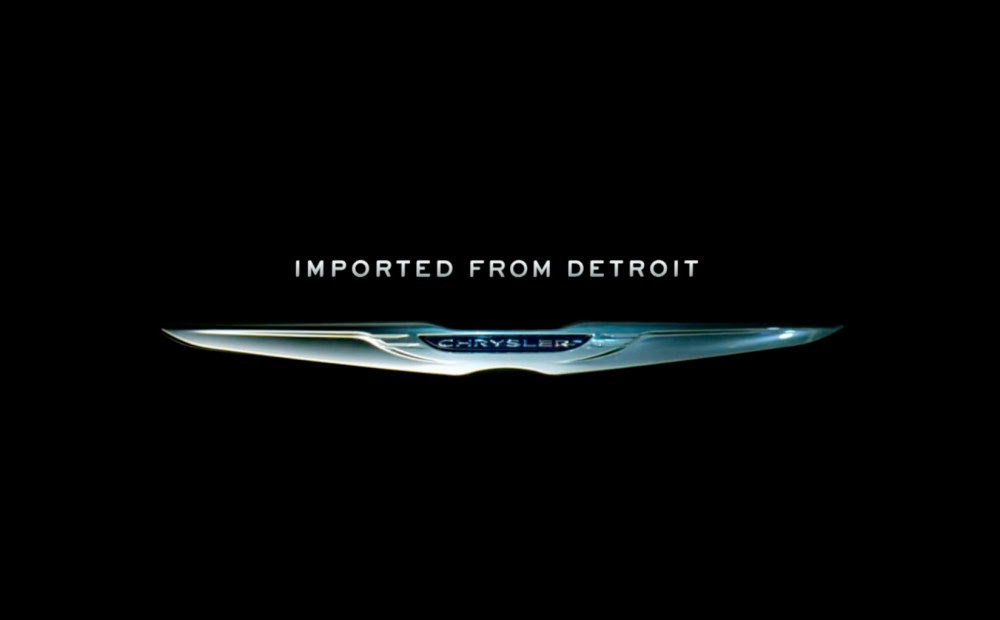 Then there were articles on Detroit’s renaissance, literally dozens of them, from the New York Times, Forbes, and Businessweek to glossy magazines such as Architectural Digest and Town & Country, to a poem by the United States Poet Laureate. 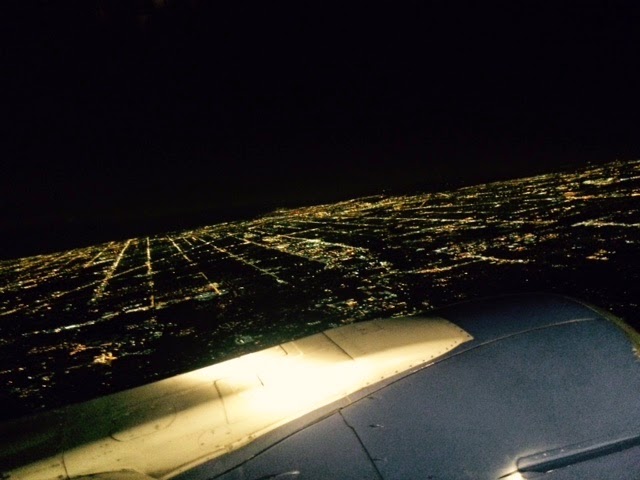 Landing in Detroit, I was of course filled with preconceived ideas of what it would be like: Ford, GM, Chrysler, Motown, Uniroyal Tires, freezing temperatures, smoke stacks, litter, urban decay. I picked up my car rental, a domestic SUV of course- no imports for me in our capital of car manufacturing!

It was after midnight by the time I rolled into the Motor City but I couldn’t help but notice the lack of decay and how clean the highways were, no decimated buildings, no burned out cars, just clean well-lighted, and easily navigable freeways. Two realizations, and I just got here: It’s cold as kraut and the city is not in a heap! 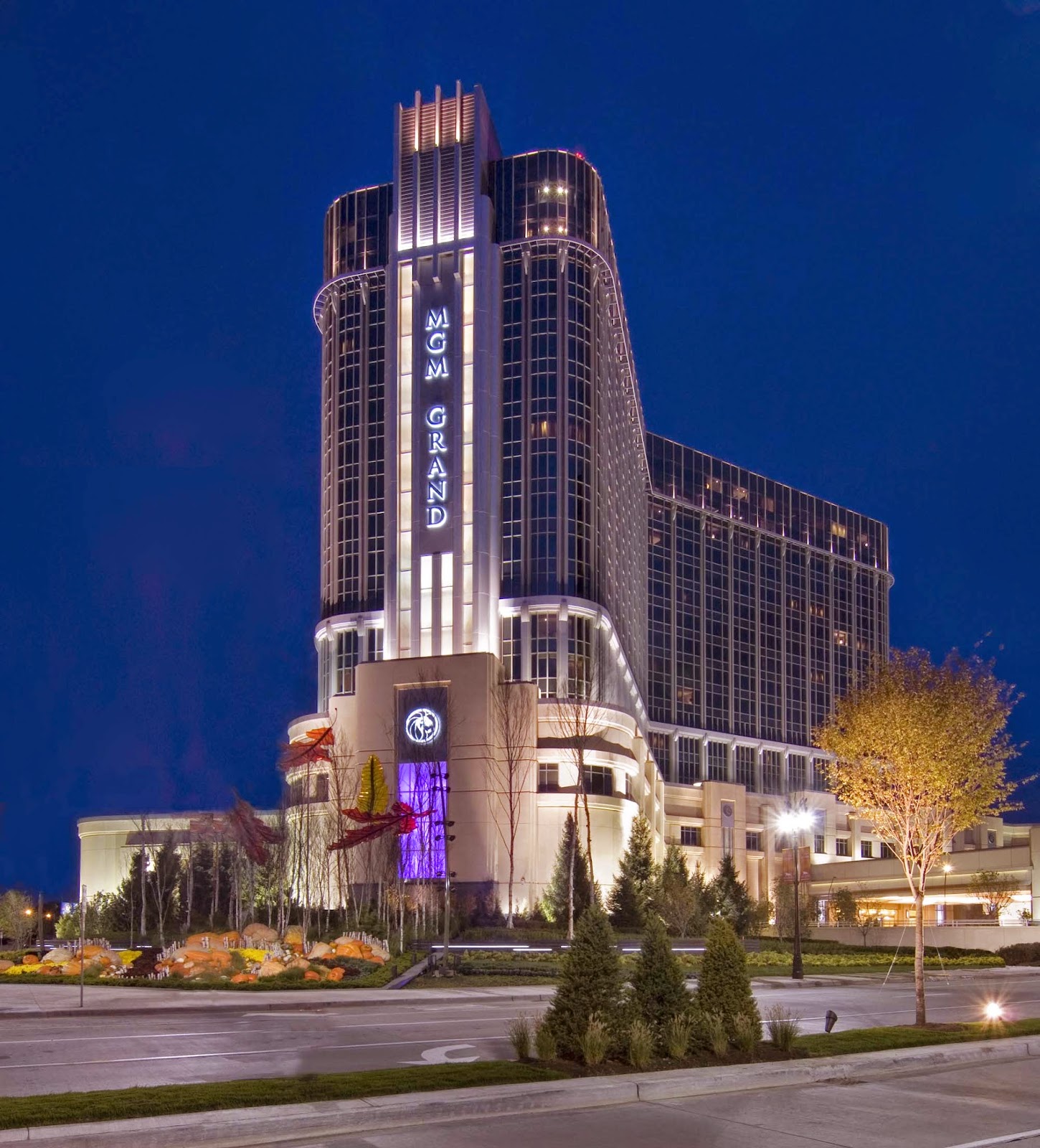 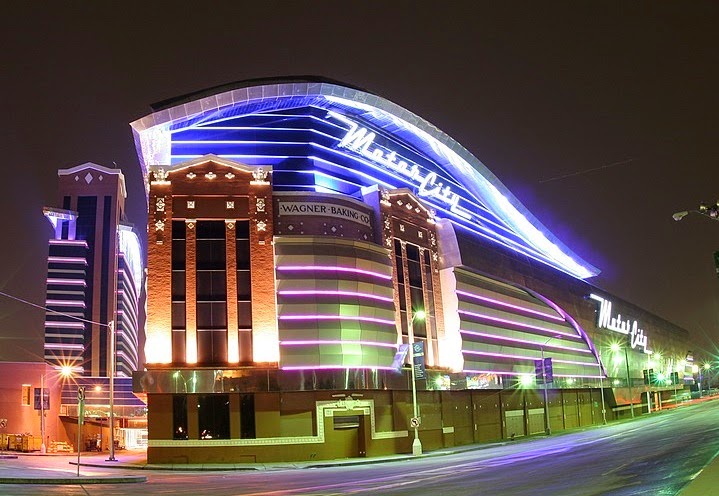 Sadly, the entrance to downtown is punctuated by a pair of casinos, the more demure MGM (top photo)and the bright flashing neon lights of the Motor City Casino (bottom photo). 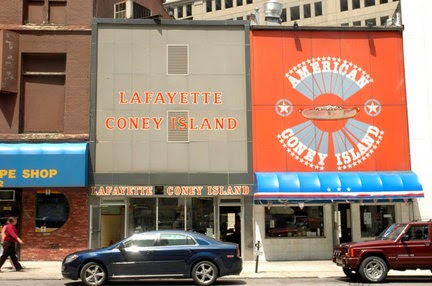 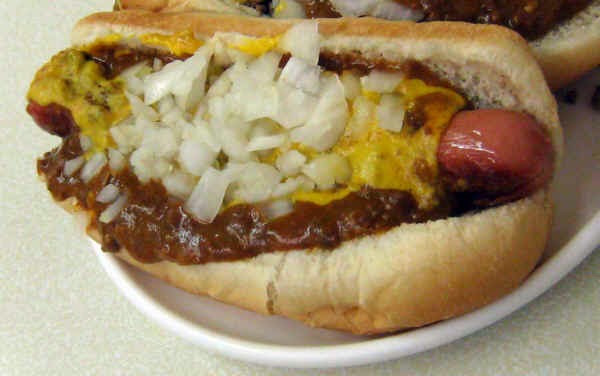 I quickly  spotted, and pulled over for, the first item on my “Detroit Bucket List”, Lafayette Coney Dogs. Fabulous and terrible for you, it was a delicious treat at 1:00 AM. Yes I did.
I checked into my hotel, the “ALoft at the David Whitney”, (a Starwood Brand). I know, what the hell is all that name about? David Whitney is one of three iconic “David’s” of Detroit, each of them early 20thcentury business leaders in the go-go days of Detroit. 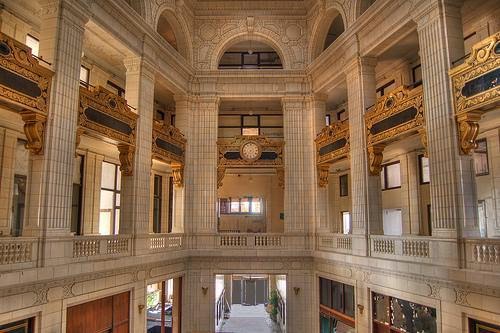 The triangular, white terra cotta clad Whitney building sat vacant for the last 25 years and was recently converted from offices to a loft/hotel (the city is smitten with the word loft, so it’s attached to almost anything remotely residential).  The hotel has a four story glass atrium ceiling which must have been among the first when it was built back in the twenties. I had a nice corner room on a high floor with views of Tiger Stadium, Ford Field, the Detroit Opera House, the fantastical architecture of the Episcopal and Methodist cathedrals, and acres of dark land. In the day light the land revealed itself as scarred land, the devastation of which has befallen most of Detroit, and this area has been mowed down by the Mike Ilitch, the Detroit family scion that owns Little Caesars Pizza and the Detroit Tigers, and who is developing a large swath of that vacant land for the new Redwings Hockey stadium. 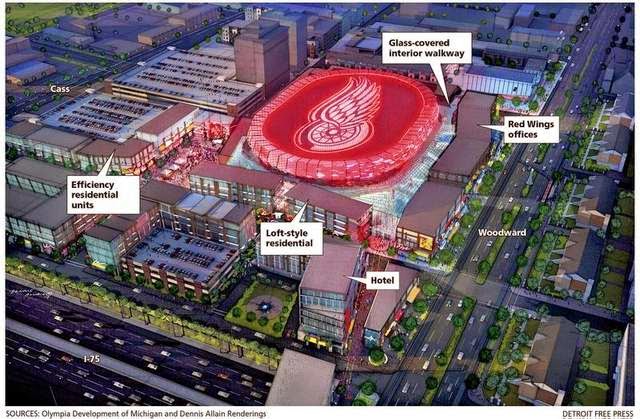 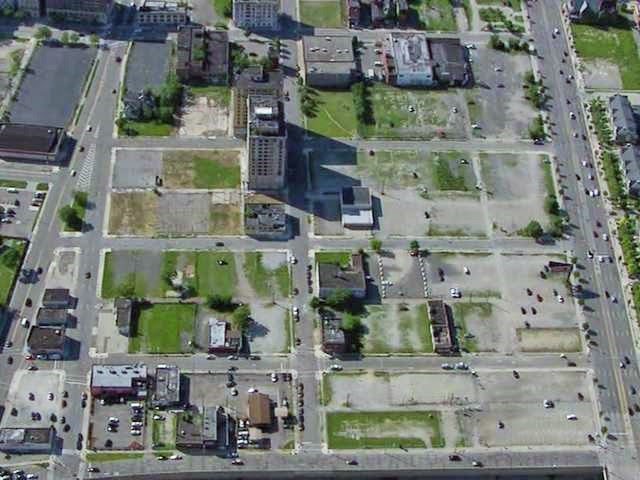 Construction hasn’t started, but the speculation and land grab rush has begun (the new stadium is in walking distance to the other two stadiums).

As I drove through downtown, I was struck at the number of gorgeous theatres. According to the website Experience Detroit (www.experiencedetroit.com), Detroit is home to the second largest theatre district in the United States behind only New York City. 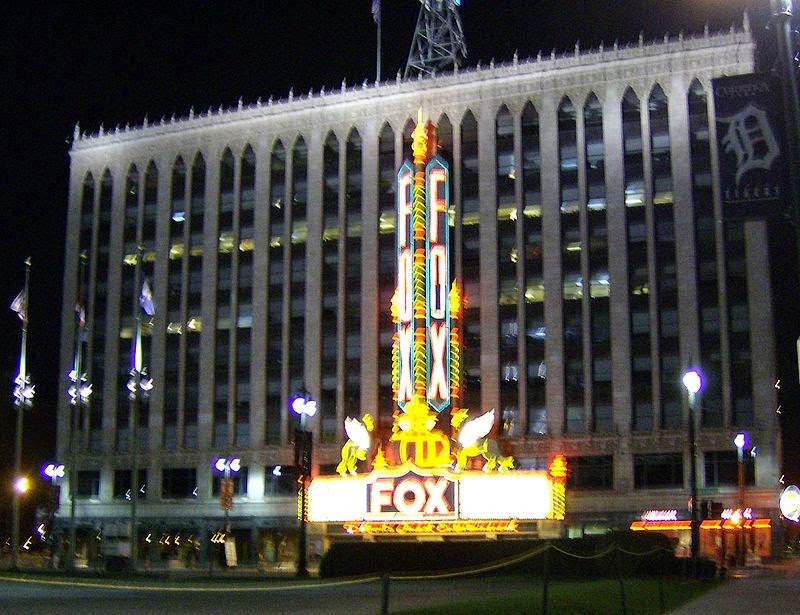 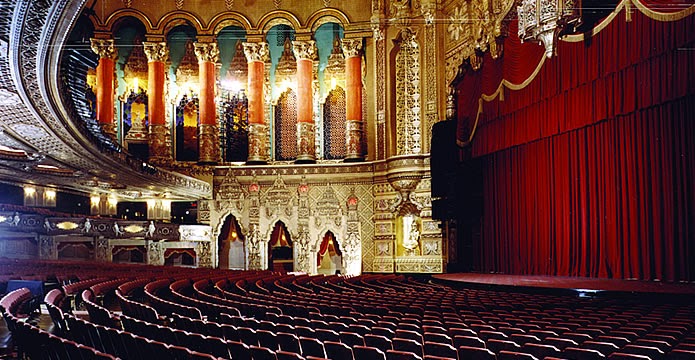 Here’s another Illitch Family tidbit: They also own the 5,000 seat Fox Theatre where American Idol was broadcast from just the week before I left for Detroit.

I came away from visiting Detroit saying, “It’s happening, the time is now”! One realtor said, “It’s happening; another realtor said, “It’s already happened”(his eyes may be a bit glossed over by his last commission); most of the realtors I met see the finished project even though the permits haven’t even been applied for, or approved. I heard pride of Detroit, I saw it, I felt it; it was palpable. But I saw a sea of vacant land, once occupied by homes and businesses, now demolished, leaving block after block on street after street of vacant land. They, those betting on Detroit, see finished projects based on developer’s promises to build, and possess a feeling that they’ve rounded the corner. God bless their resilience and positivity- it is indeed contagious!

So here’s the 411: Detroit’s wealthiest families, their foundations, the hometown giants Ford, GM and Chrysler, even New York’s JP Morgan/Chase and the state and federal government have signed up for saving and restoring Detroit. The biggest players in town aside from the Ilitch Family, the Roger Penske family (Penske Automotive Group and owns the most victories as an owner at the Indianapolis 500); Peter Karmanos (founder of Compuware and owner of the Carolina Hurricanes Hockey Team); and Dan Gilbert, a native “Michigander” and founder of Quicken Loans and owner of the Cleveland Cavaliers. 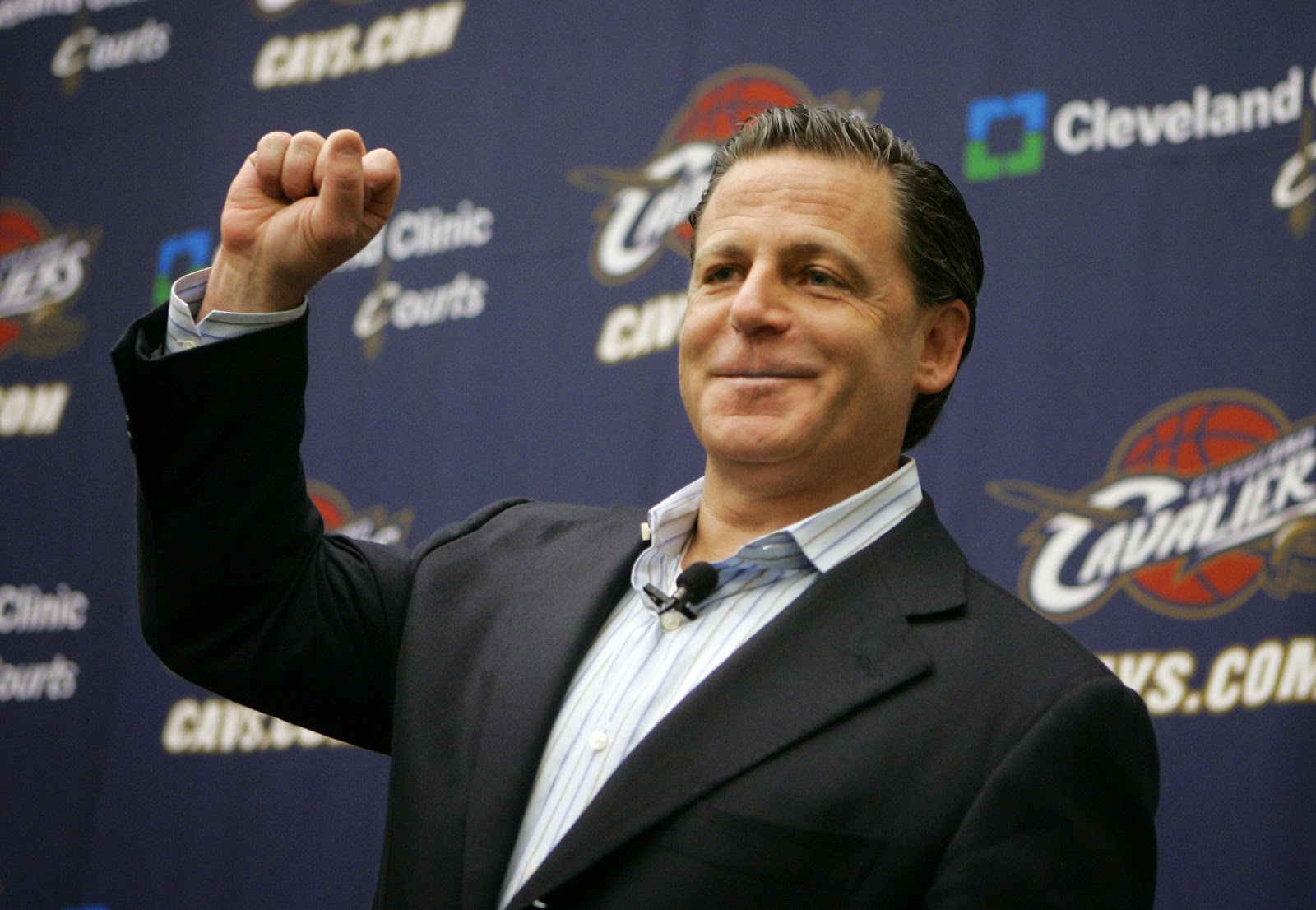 I think it’s safe to say that Gilbert is “the” rainmaker in Detroit. He’s bought 40+ buildings (rumored to be closer to 70 purchases) in downtown Detroit, has ground leased the first floor of virtually every building on every street in downtown Detroit; was responsible for bringing hometown fashion guru John Varvatos to the cities planned premier shopping destination, “Merchants Row”, developed car parks and restaurants among a hundred other things that we probably don’t know about. 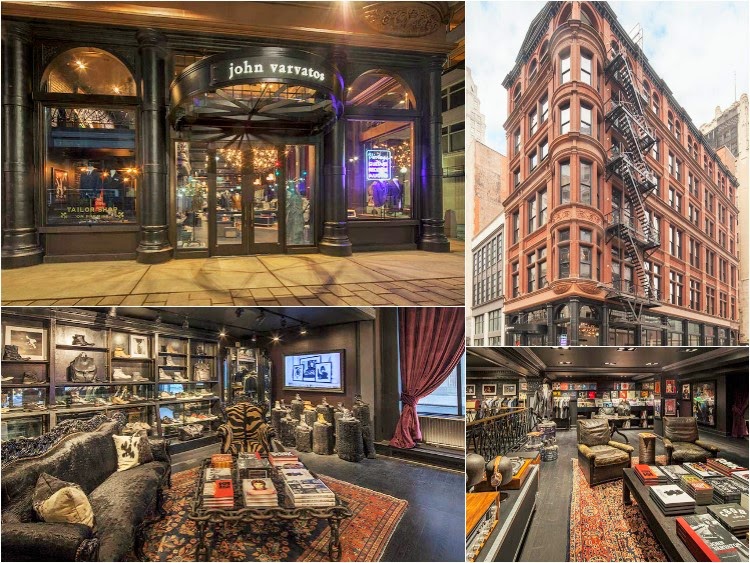 Gilbert is responsible for the purchase of and renovation of more square footage than anyone else in the city through his Rock Ventures (Bedrock Real Estate Company), and employees more people than any other person place or thing in all of downtown Detroit. Dan is the man, just ask anyone who works for him.