Detroit from my hotel room window in the daylight
Yes it was a little shocking to see the city in daylight. Last night’s bright lights had given way to the dawns early light (okay so it wasn’t dawn but it was at least 7:30 am). 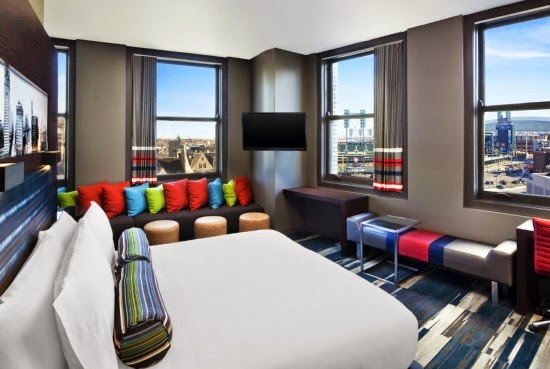 My hotel room at the Aloft at the David Whitney was on a corner of the top floor and proved a great vantage point to see Detroit 2015. 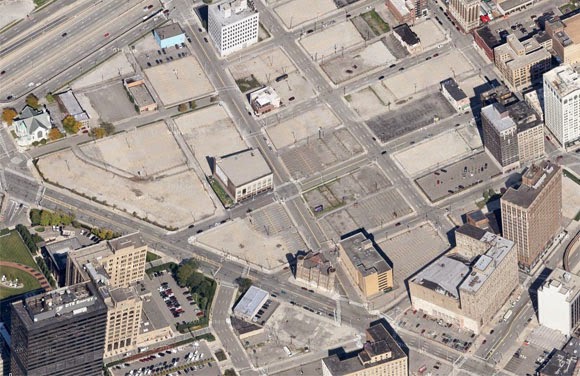 I did not take the photo shown above because my camera couldn’t capture the devastation of the formerly blighted buildings, now demolished, which created an eerie maze of foundations, a virtual checkerboard outlining what had been the first floors of so many buildings; maybe opulent, maybe storied, no matter, they are gone.   Plantings from original landscaping, referred to as “Ghost gardens,” outline what has been, but now must give way to hope of what can be. 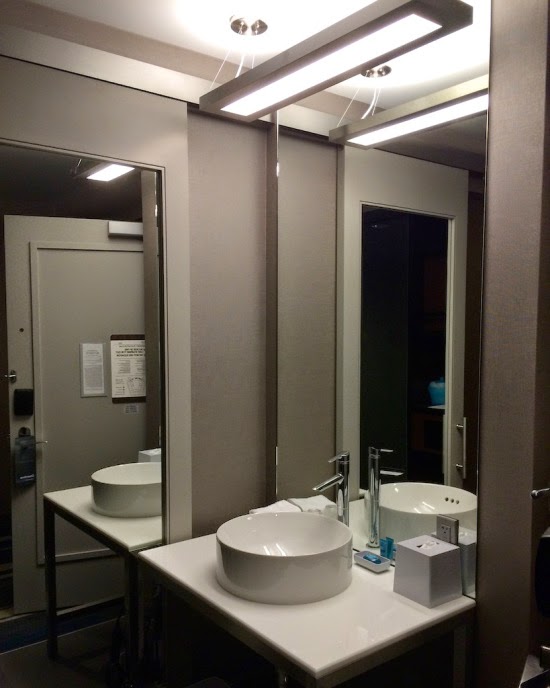 My hotel bathroom…sans robe and color

It was a freezing cold Detroit morning, the sun was shining and I was anxious but ready to start my exploration of this much storied city. As I emerged from my shower and stepped onto the freezing cold slate floors of the bathroom, I reached for a bathrobe which didn’t exist. I phoned the front desk to request a robe to which the clerk replied, “The ALoft brand doesn’t include robes”, to which I said, “M’am, its below freezing here in Detroit, and I don’t think business people often travel with robes, you might reconsider for just this location”! Brrr…., this would become, and is, my only complaint of my Motor City experience. 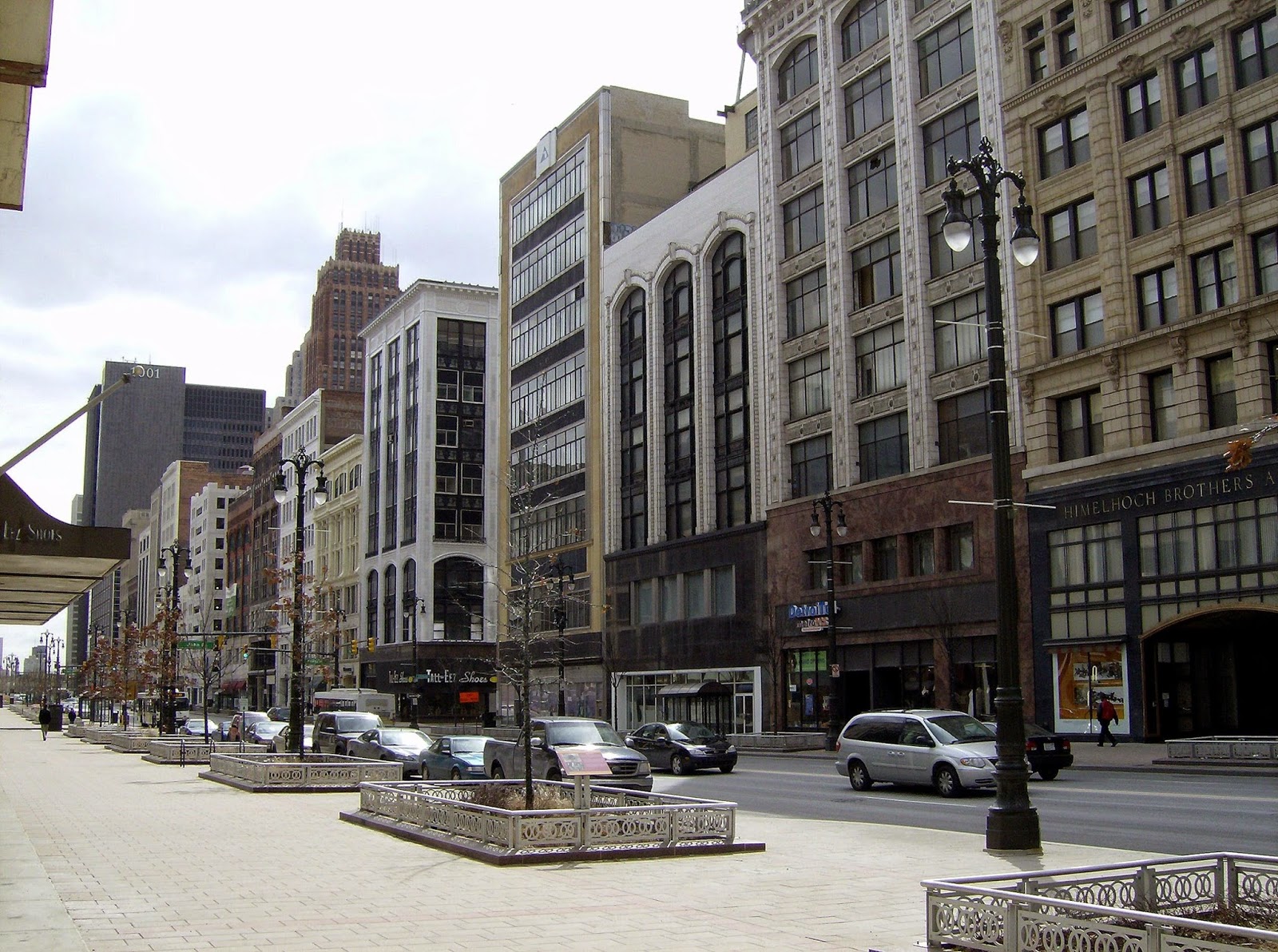 Historic Woodward Avenue, and the section referred to as “Merchants Row”

I headed out onto Detroit’s storied Woodward Avenue, and walked along the four blocks which are planned to be the premiere shopping district already named Merchants Row. As I made my way to my first appointment I hurried past an empty city block with painted steel beams sticking out of the ground, each about four feet tall, placed randomly apart, there must have been hundreds of them. What in the world? Contemporary art? A sculpture? But, by whom? I looked around for a sign but there wasn’t one… curious. Curious, indeed! 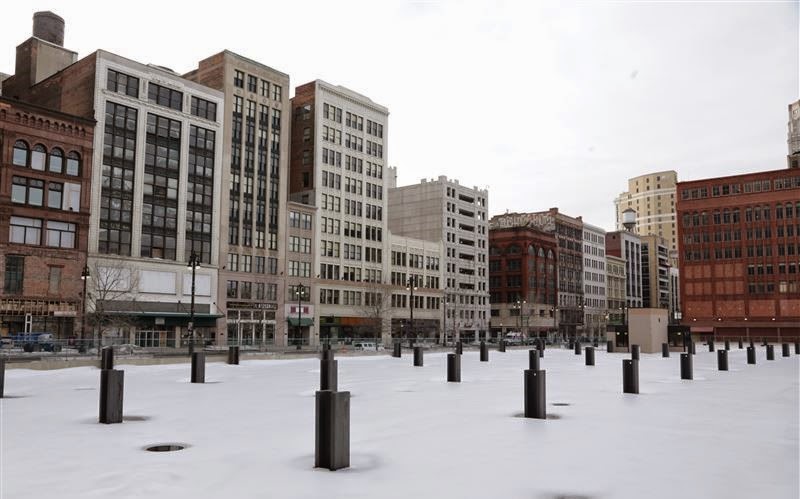 An art installation on Woodward Avenue?
First stop today, the Bedrock Real Estate Tour led by Bruce Swartz, an affable fellow. Bedrock is the powerful real estate development arm of Dan Gilbert’s conglomerate of companies (most Gilbert owned companies the name contains the word “rock” in them). If you have the opportunity to visit Detroit you must take this tour. The tour starts at the highly secured Bedrock headquarters located in the Compuware building (Compuware was founded by another Detroit big bucks funder, Pete Karmanos and also an owner of the professional sports team, the Charlotte Hurricane’s), overlooking the Campus Maritus (Latin for “field of mars”, a word used in the early 18thcentury to reflect military origins of Detroit as a French, and then British, controlled Fort). 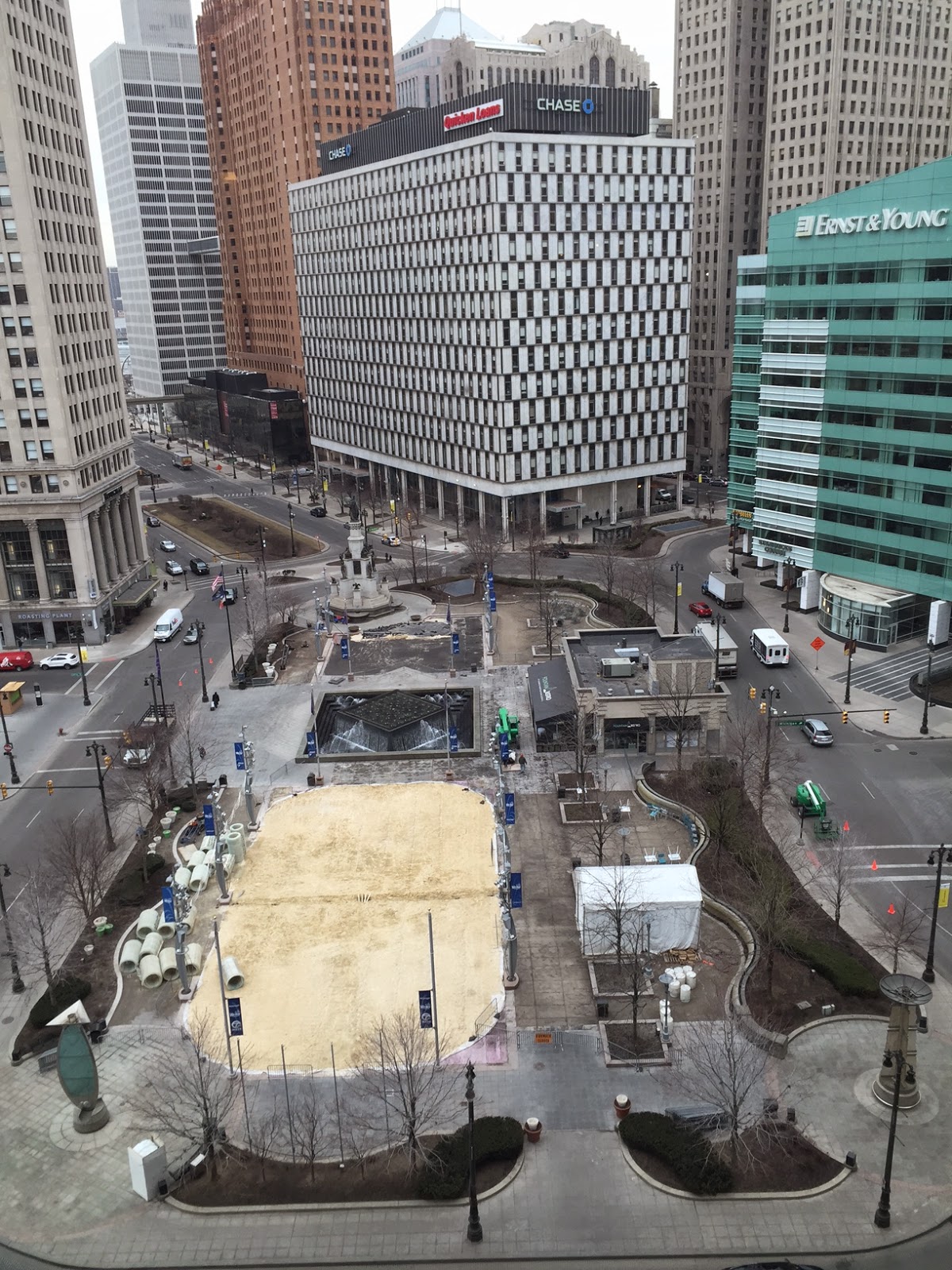 Campus Maritus Park with the Quicken Loans headquarters in the background
Campus Maritus is a city park with year round programing which is surrounded by streets (the Place de la Concorde Detroit style!). Security is tight at this building and every visitor is checked in at the secured entrance; a valid picture ID is required. It took so long to check in that I thought they must have typed all of the information on my Driver’s License into their data base- a little creepy. I was given a key card ID on a lanyard and was escorted through another security checkpoint, this one with a card activated turnstile. Our guide used his key card to open doors, to use the elevators between floors, and access hallways not less than twenty times on the tour of this building.
We walked down a secured corridor lined with art from local artists, and past Bruce’s glass enclosed office with a wall of fame featuring photos of other tourists such as Warren Buffet, Madonna, Usher, Paula Abdul, and others who’ve taken his tour. Detroit has piqued the interest of a wide swath of the American public from dignitaries and celebrities, to me. 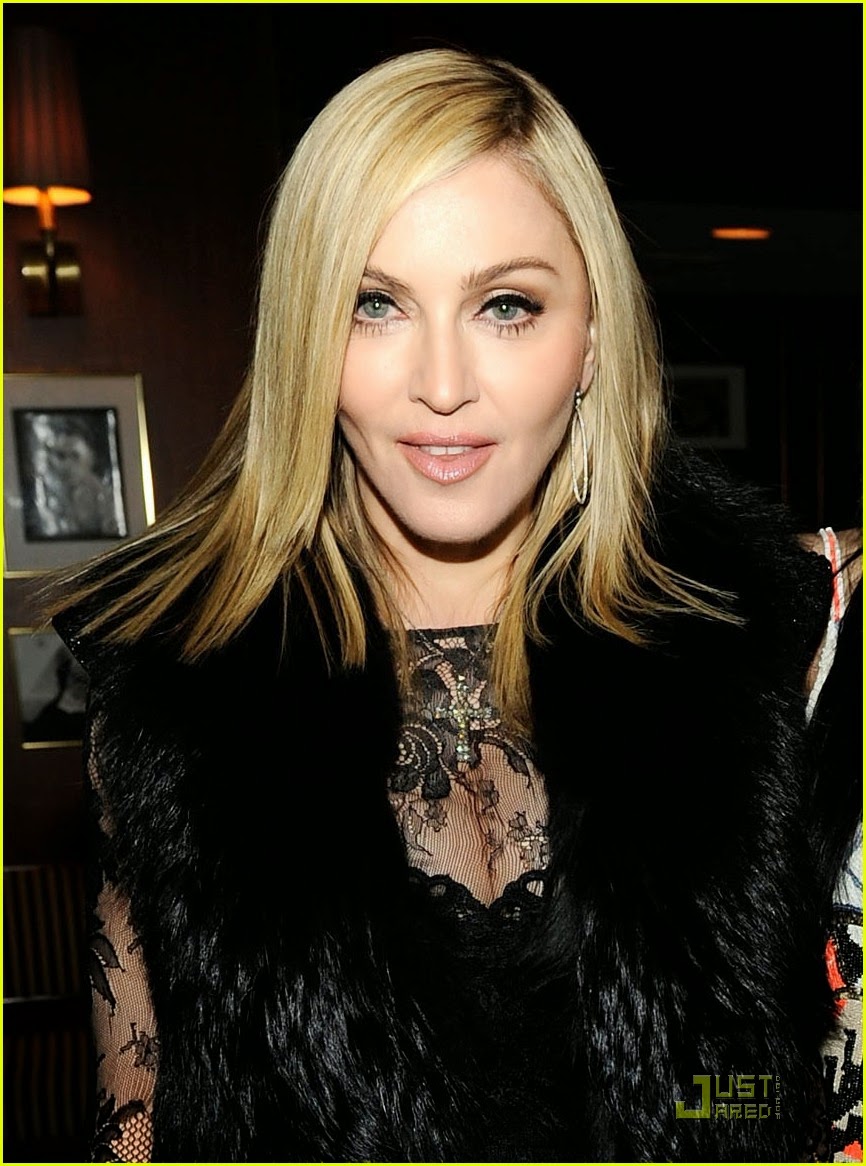 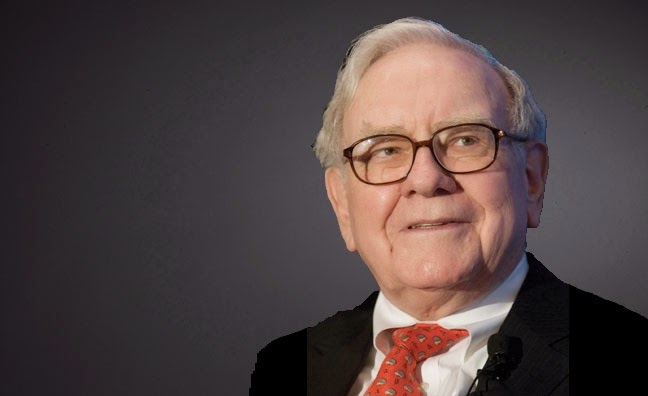 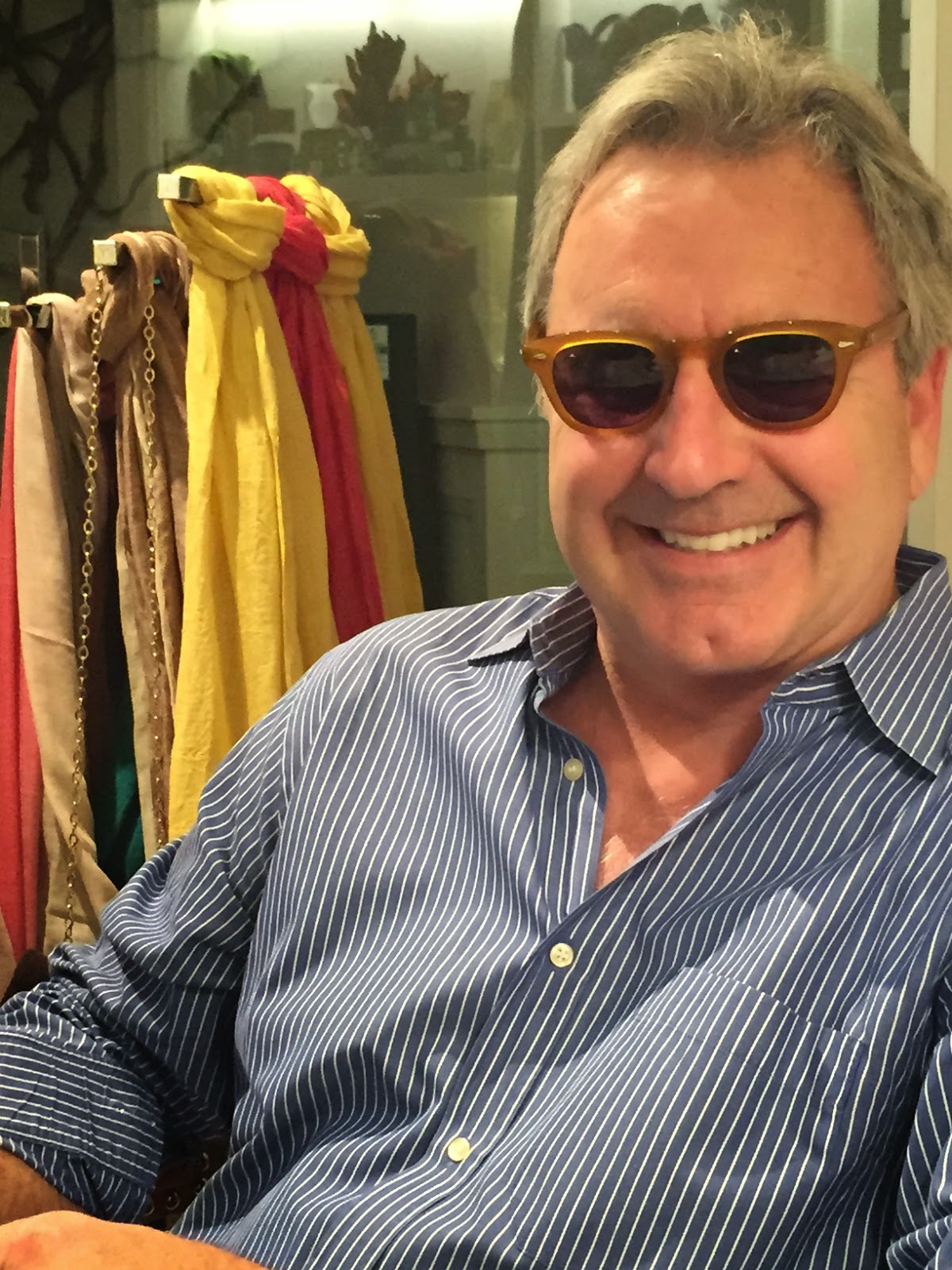 Me
We paused at a gleaming wood floored basketball court with a lighted score board showing the names of the Detroit Pistons and the Cleveland Cavaliers (the Cavaliers were winning!), the later team owned by Gilbert. 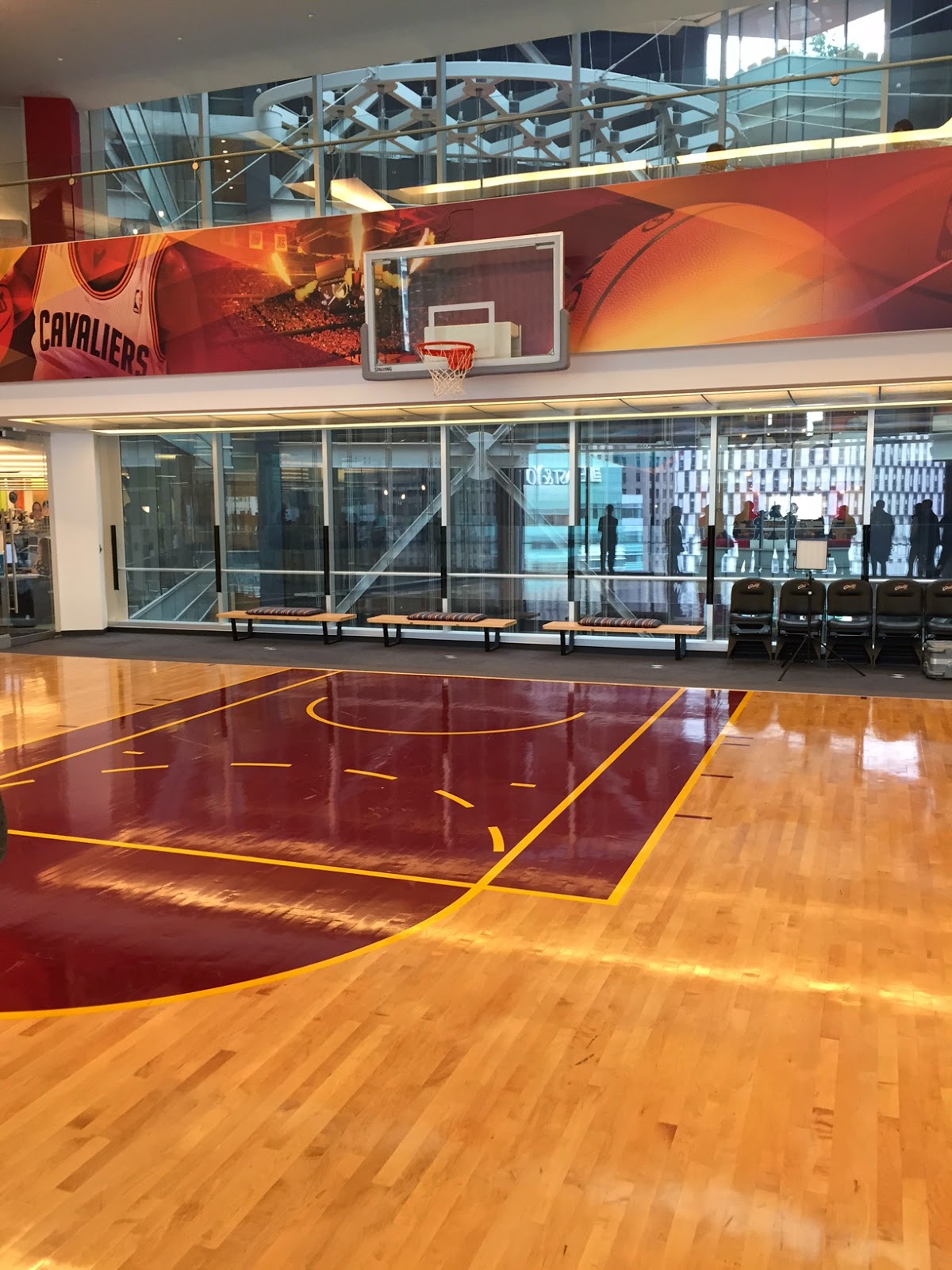 Next was a war room of sorts, centered by a full scale model of downtown Detroit. Each building owned by Gilbert has an orange painted roof, which was more than half of them (70 buildings, but whose counting?). 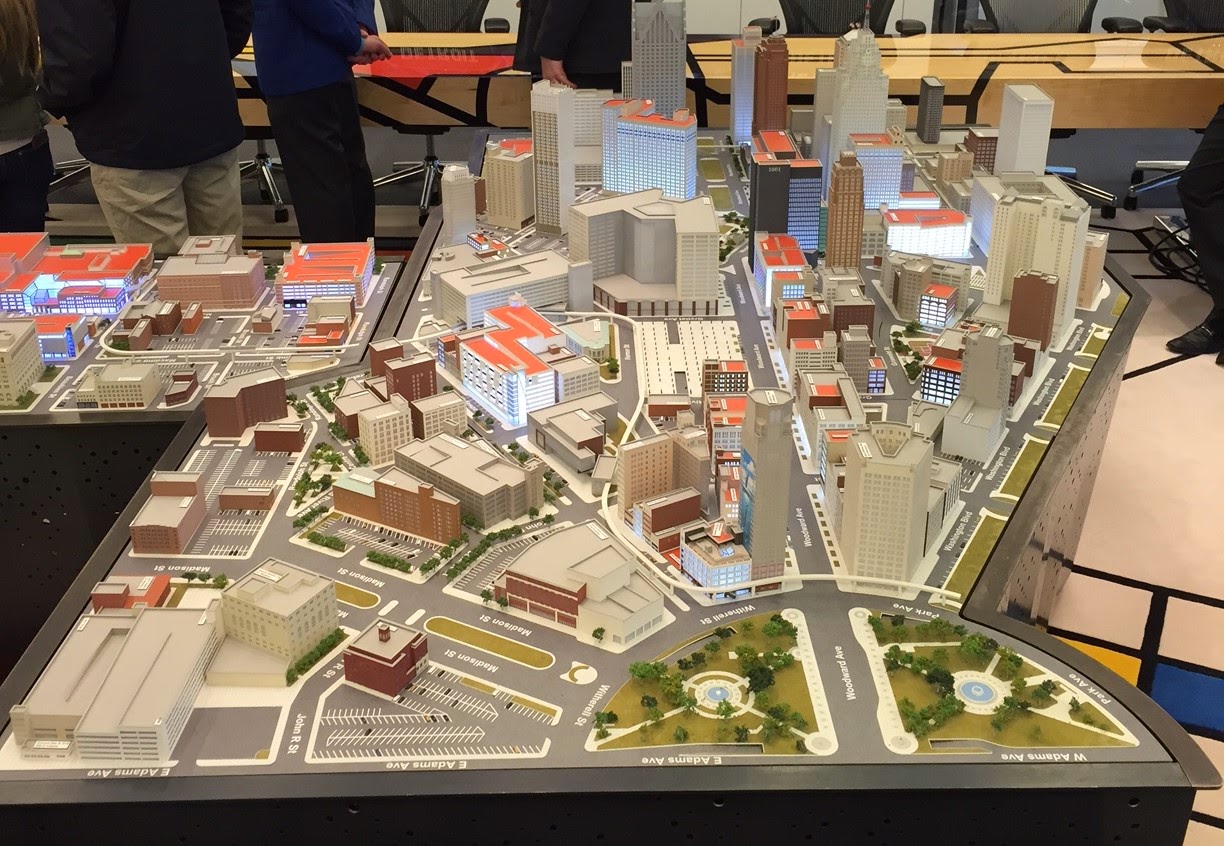 Gilbert is talked about as a visionary and is much lauded by his employees. Gilbert’s main tenet focus is filling these buildings with high-tech companies, the Silicone Valley of the Midwest if you will. He not only leases to these companies, he also invests in them if they will move their headquarters to Detroit. 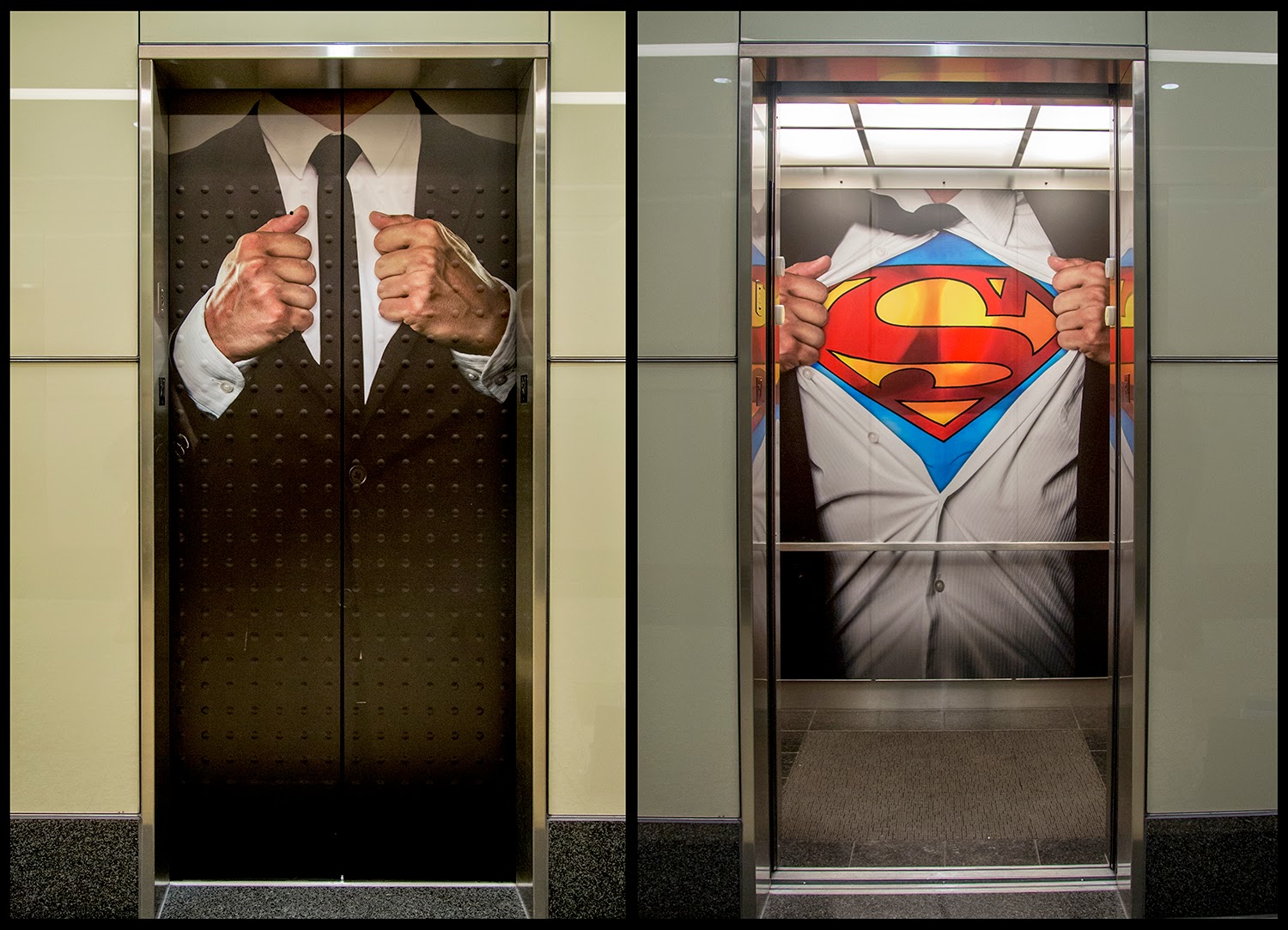 Elevator doors at the Bedrock Headquarters
And one more thing about Dan Gilbert, he’s all about fun and making his employees happy. Check out these elevators (above) in the bedrock headquarters! 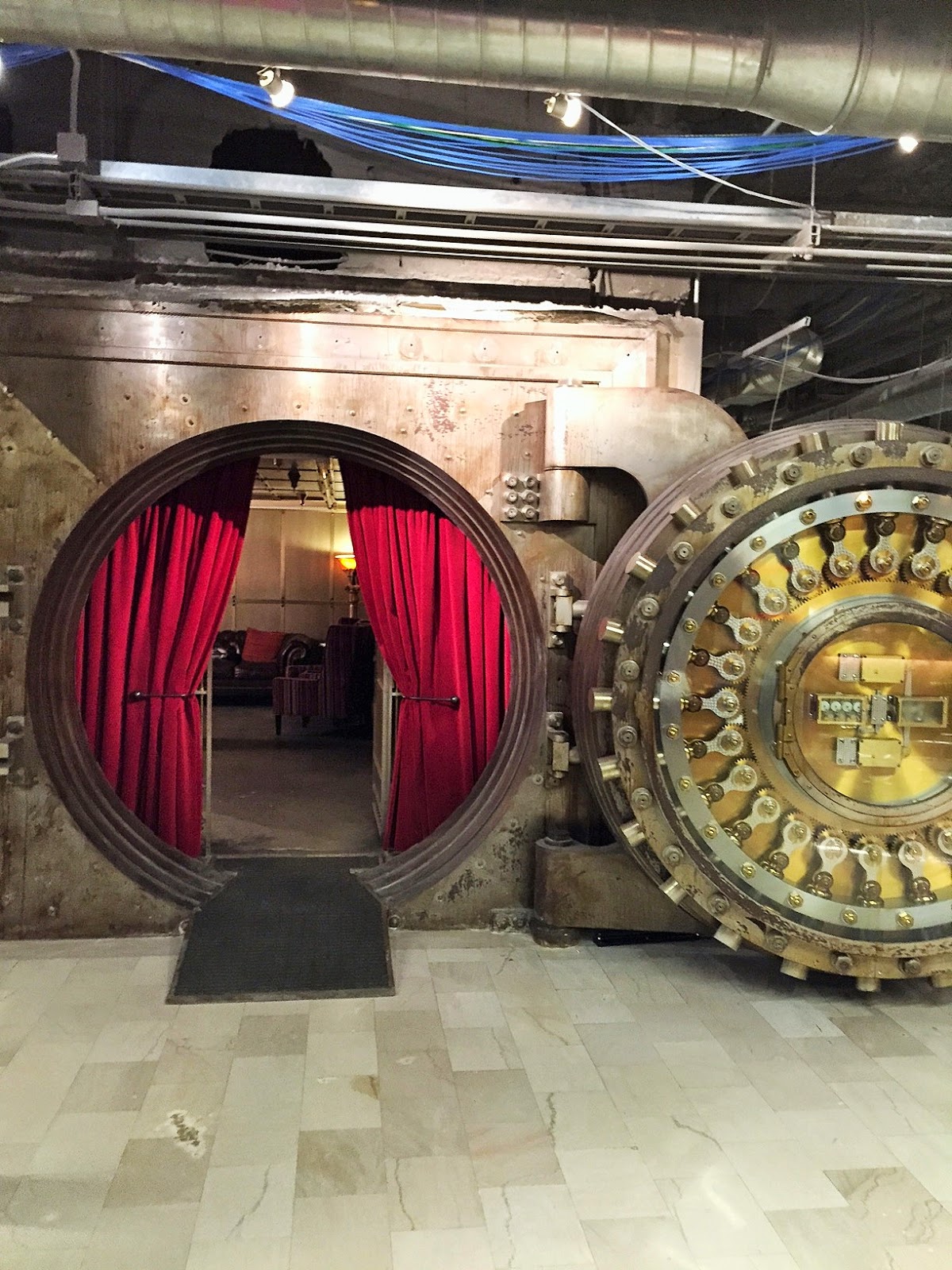 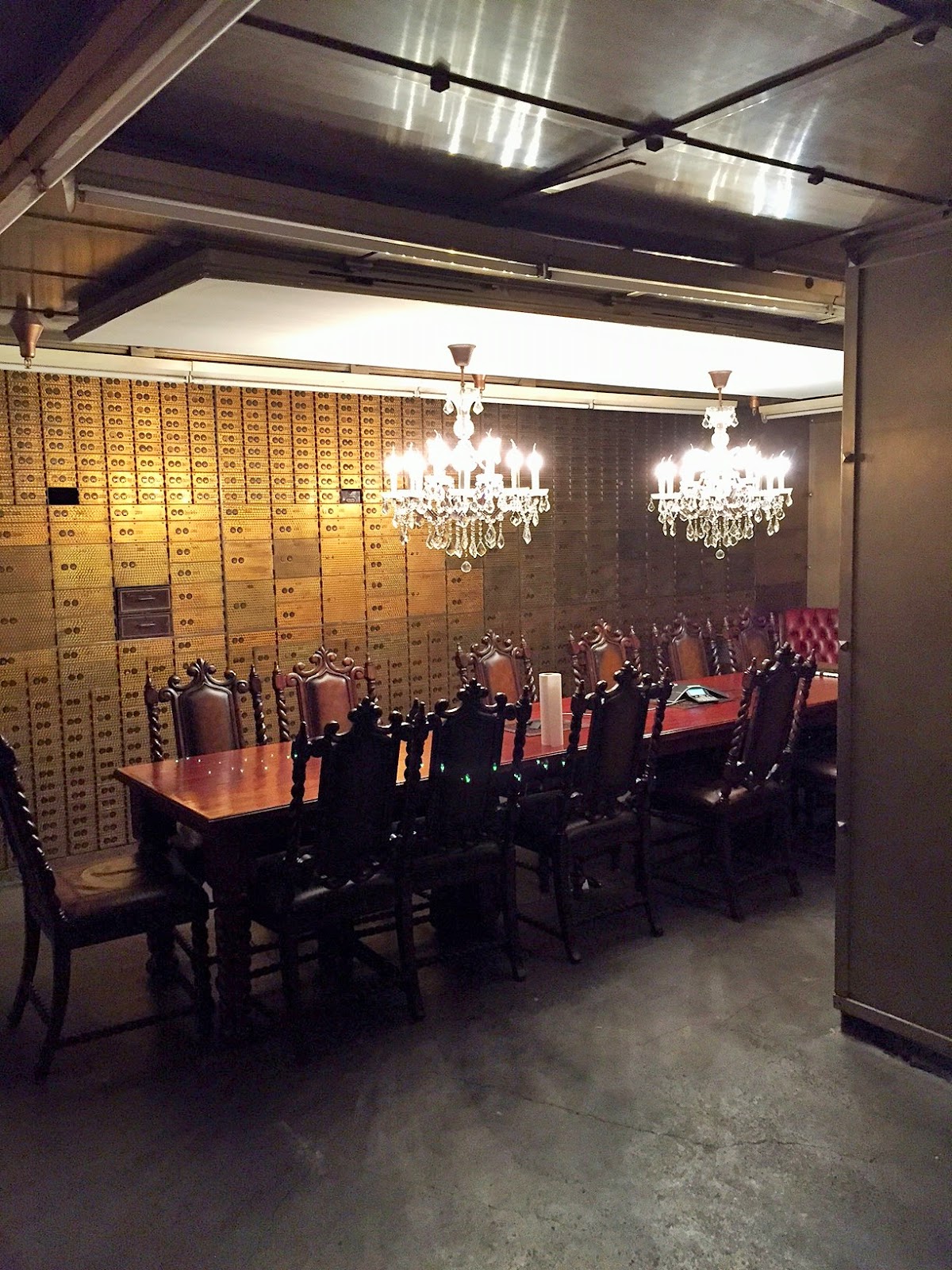 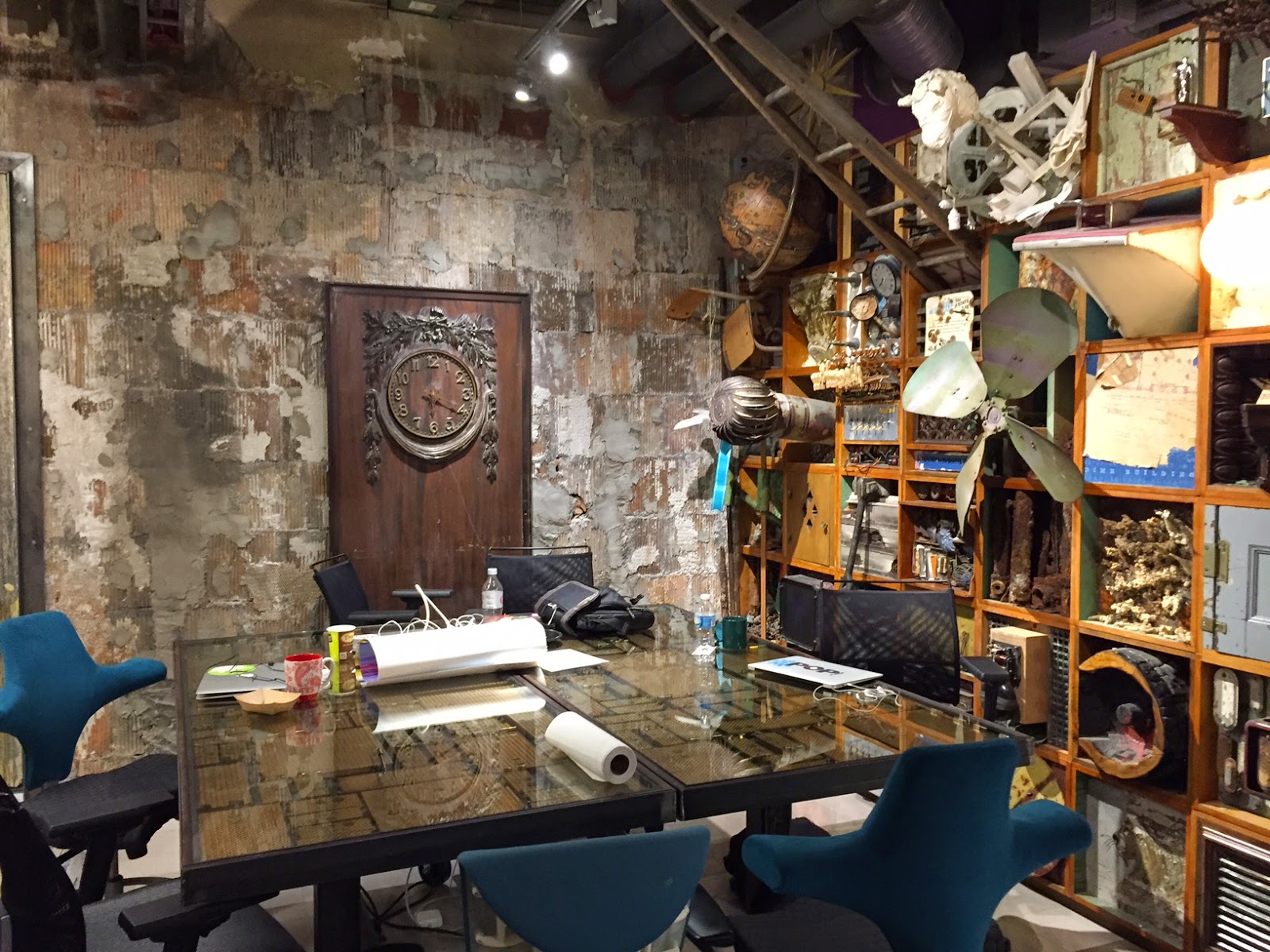 We toured the offices of the interior design firm, dpop! (means, “People, Office, and Places”, another Rock Ventures Company). I have a hunch they will be successful! Housed in the basement of the historic Dime Savings Bank Building, built in 1910 (renamed Chrysler House by new owner Dan Gilbert of Rock Ventures), the conference rooms are in former bank vaults (above).

The second part of the tour was across the street at the Quicken Loan Headquarters which was the highlight of the tour. Quicken Loans is the nation’s largest online mortgage lender, and in 2014 was named a top-five place to work nationwide in Fortune Magazine’s annual ranking of the “100 Best Companies to Work For.” 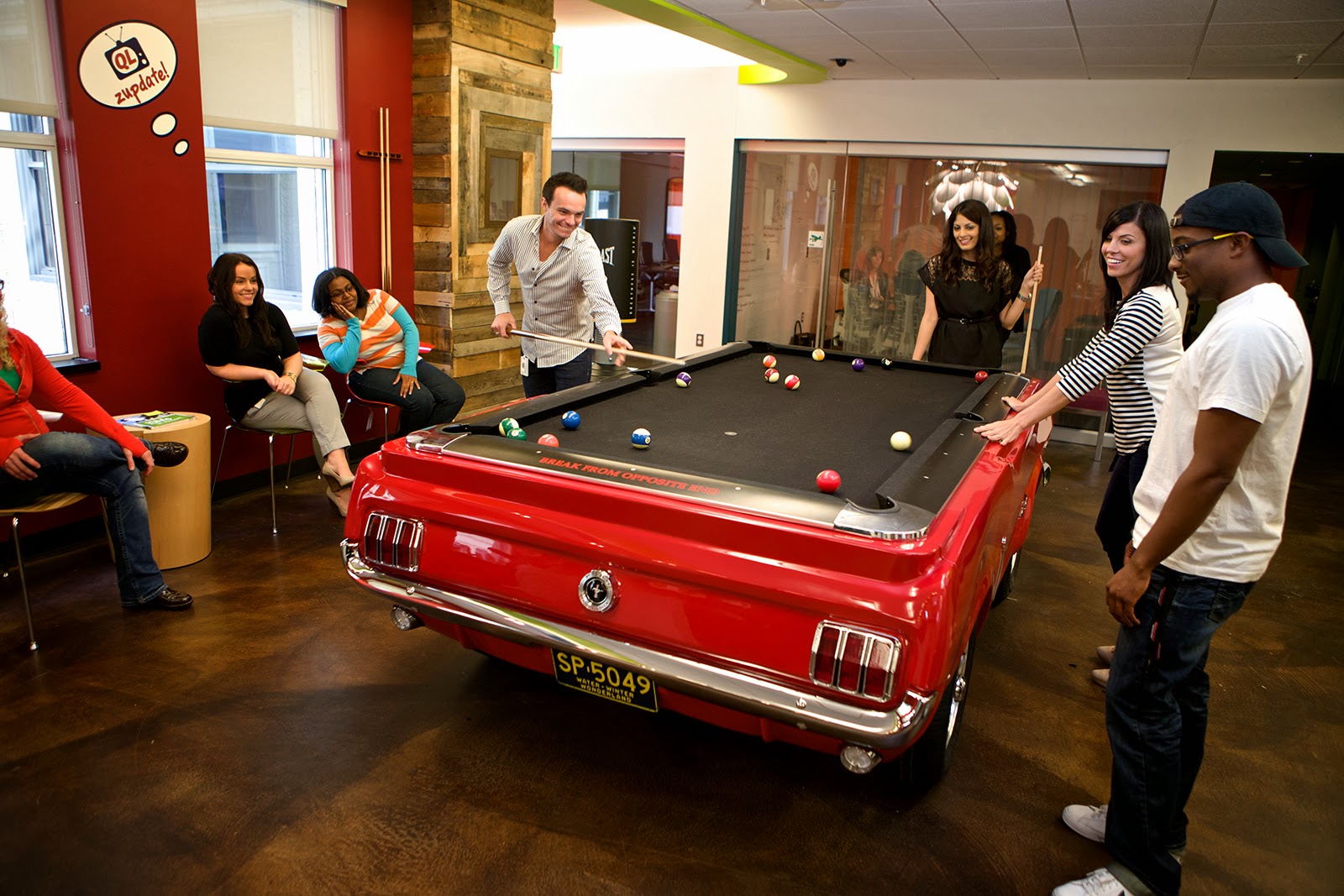 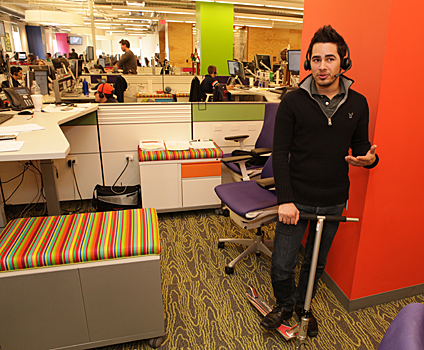 According to an article I read, that was the 11th consecutive year the company has ranked in the top-30 of Fortune’s benchmark workplace culture study, and I got to see first-hand just why that is so. 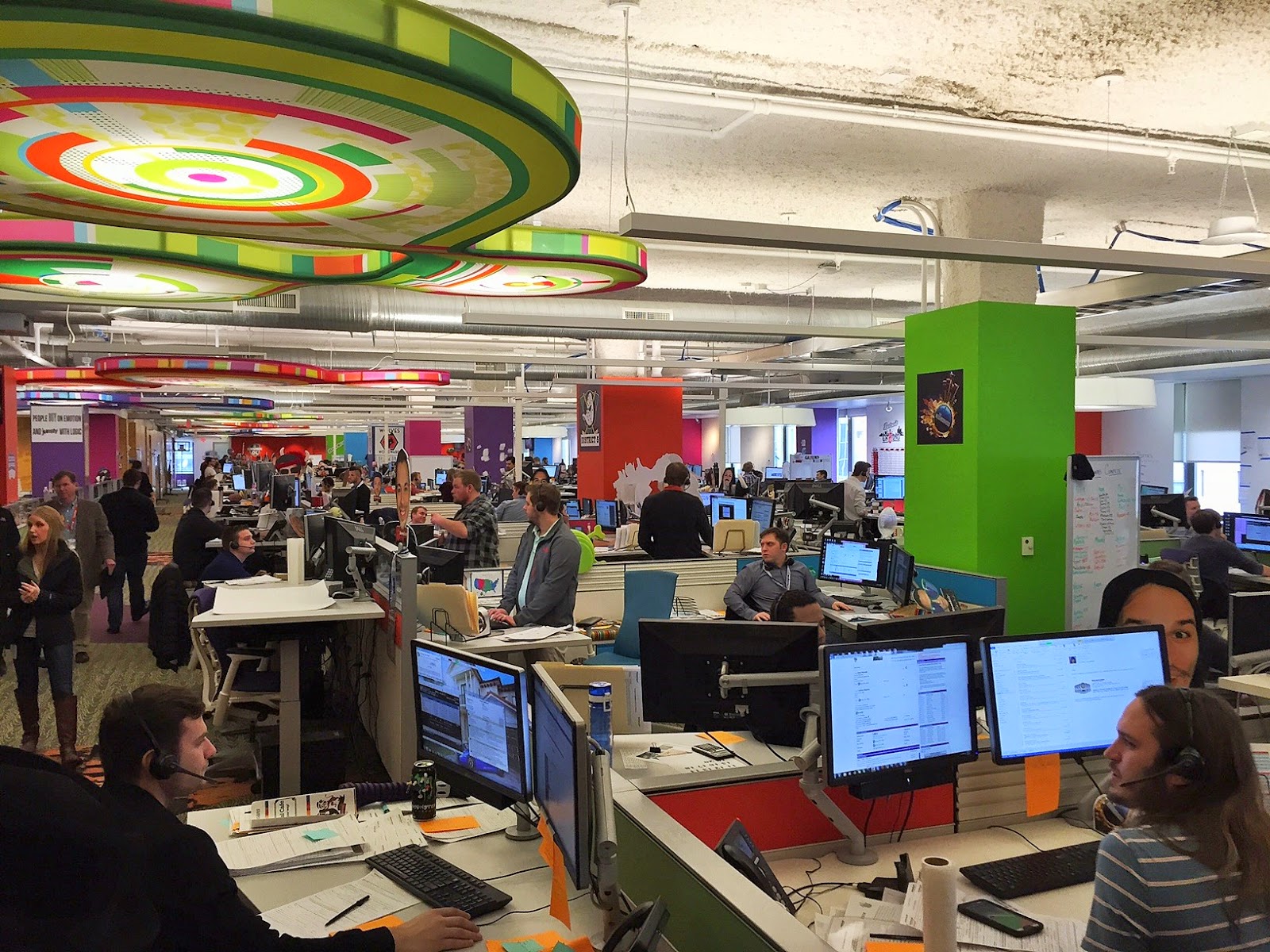 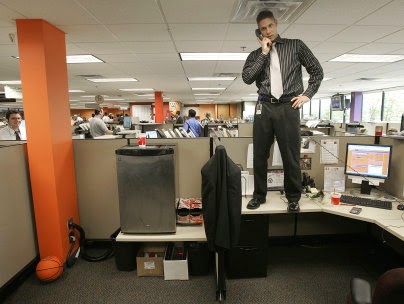 The bull pen, a huge room with what looked like a thousand employees all on their feet at or near their moveable desks, walking around with headsets transacting loans from around the country. It was loud, exciting, and irreverent, but those kids were doing business, lots of business. 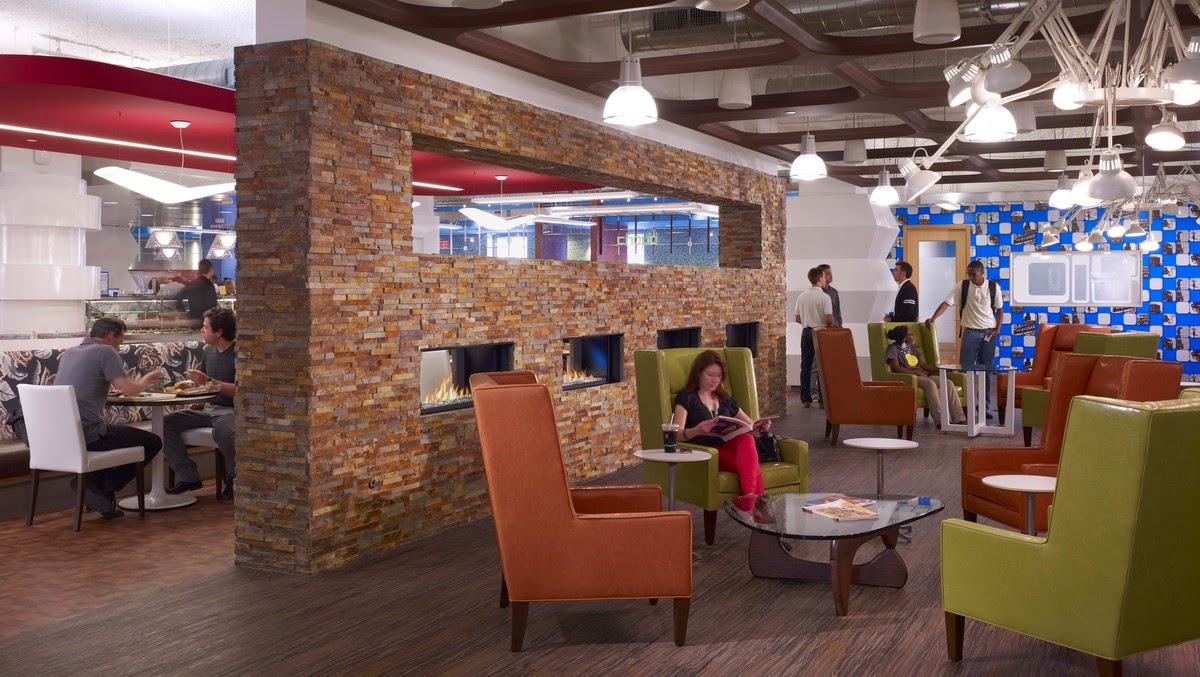 Qzine, the Quicken Loan employee cafeteria, shown above and below. 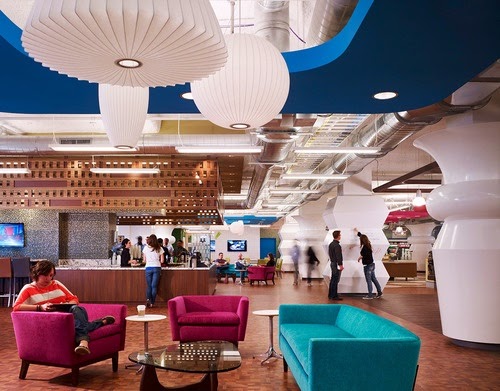 From there we went down to their cafeteria, known as Qzine, more like a food court with four restaurants, mini-market, their own Starbucks and a private chef. Bruce said the room is used for special corporate events, non-profit events, and even a wedding or two.
From there we headed down to the security office, the security command center for all the Gilbert owned companies and buildings (no photos allowed). For the record, I felt safe every minute that I was in Detroit, night or day. 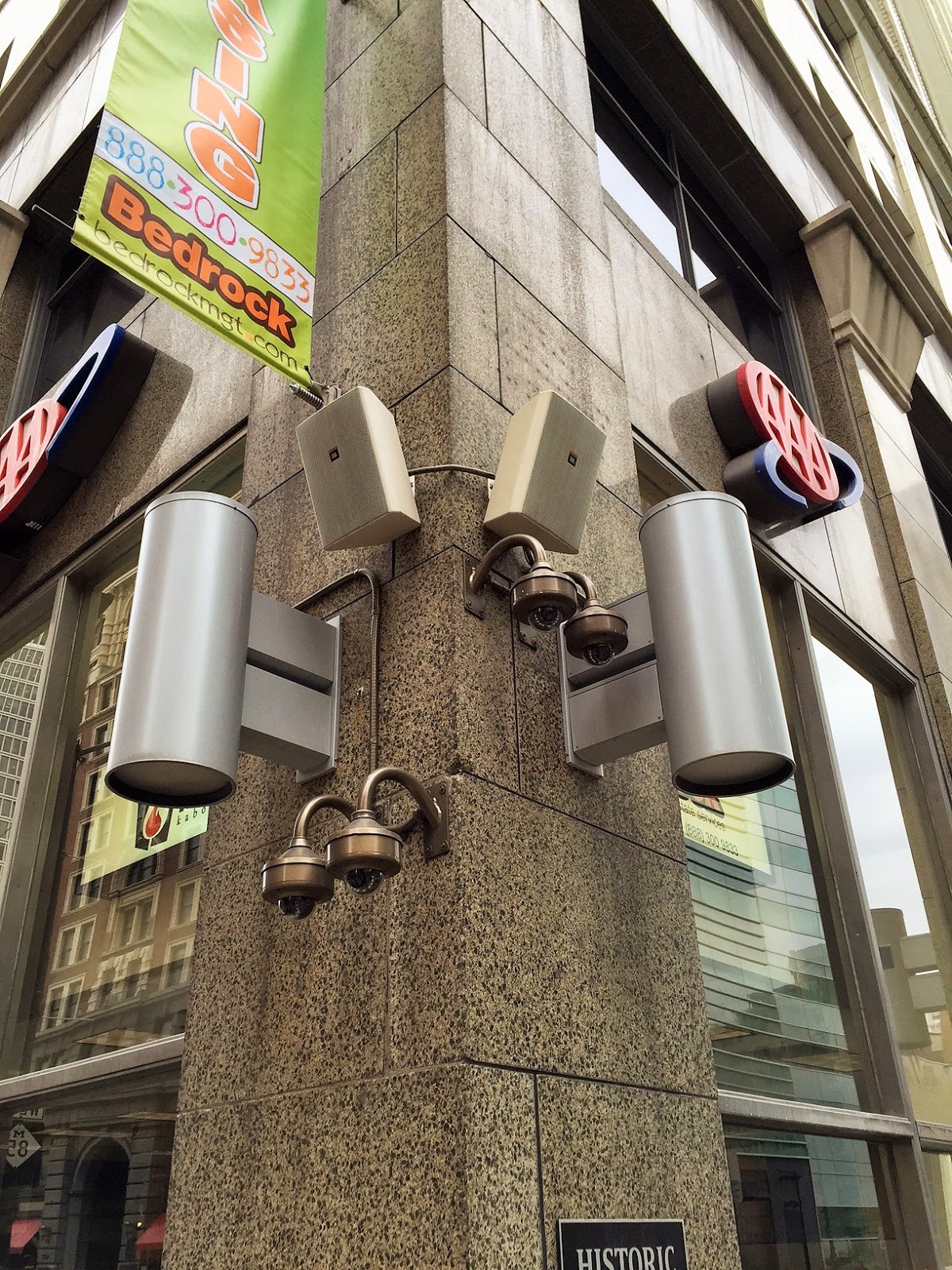 Security cameras were plentiful in downtown Detroit, and have a direct feed to Mission Control. 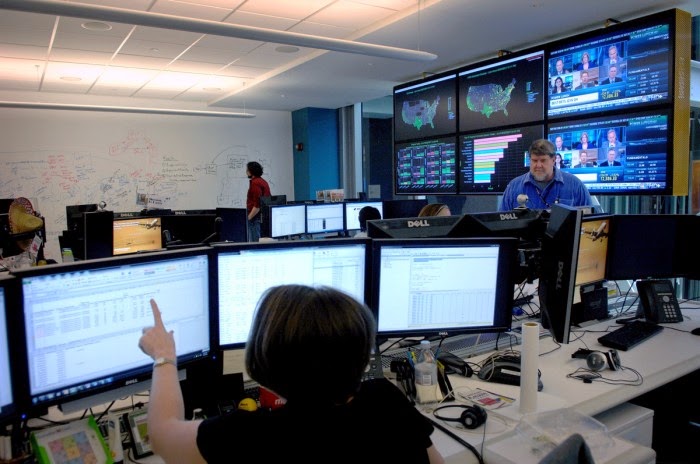 Mission Control for the Rock Ventures companies owned by Dan Gilbert (Note: I did not take this picture- it was uploaded from the internet!)
There was a huge wall full of large screen monitors beaming live footage from cameras on every building (inside and outside) that Bedrock owns; there were three rows of employees monitoring every screen, including two girls on the first row doing nothing but monitoring social media platforms, looking for any mention, good, bad, or otherwise, of Dan Gilbert, or his companies. These young ladies were vested with taking whatever action appropriate, including reporting and following up on threats. Two successful examples were shown of their security work and prosecutorial capacity of this social media monitoring.  Watch what you say on social media platforms kids, big brother is watching! 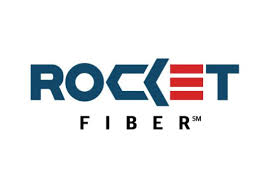 We then walked outside and as we were crossing an alley Bruce showed us the beginning installation of the gigabit-speed internet fiber-optic cable, Rocket Fiber (a Dan Gilbert “Rock Ventures LLC” high tech investment), which is to be the latest, fastest fiber-optic cable in the world. “No buffering here!” exclaimed Bruce. Rocket Fiber will provide data at a gigabit per second, about 100 times faster than traditional residential Internet. 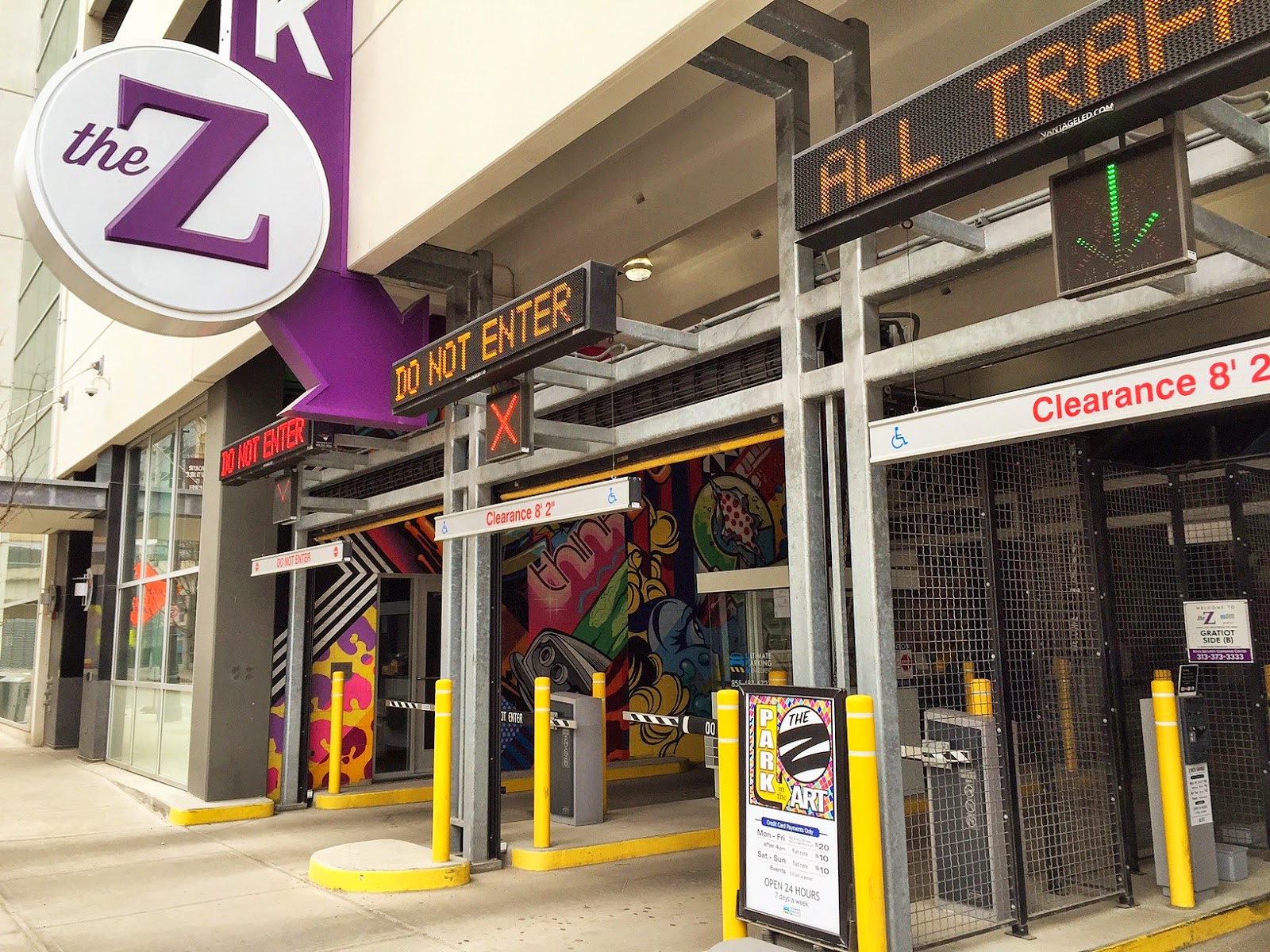 Pictured above and below: “Parking garage as a museum”. Not my words 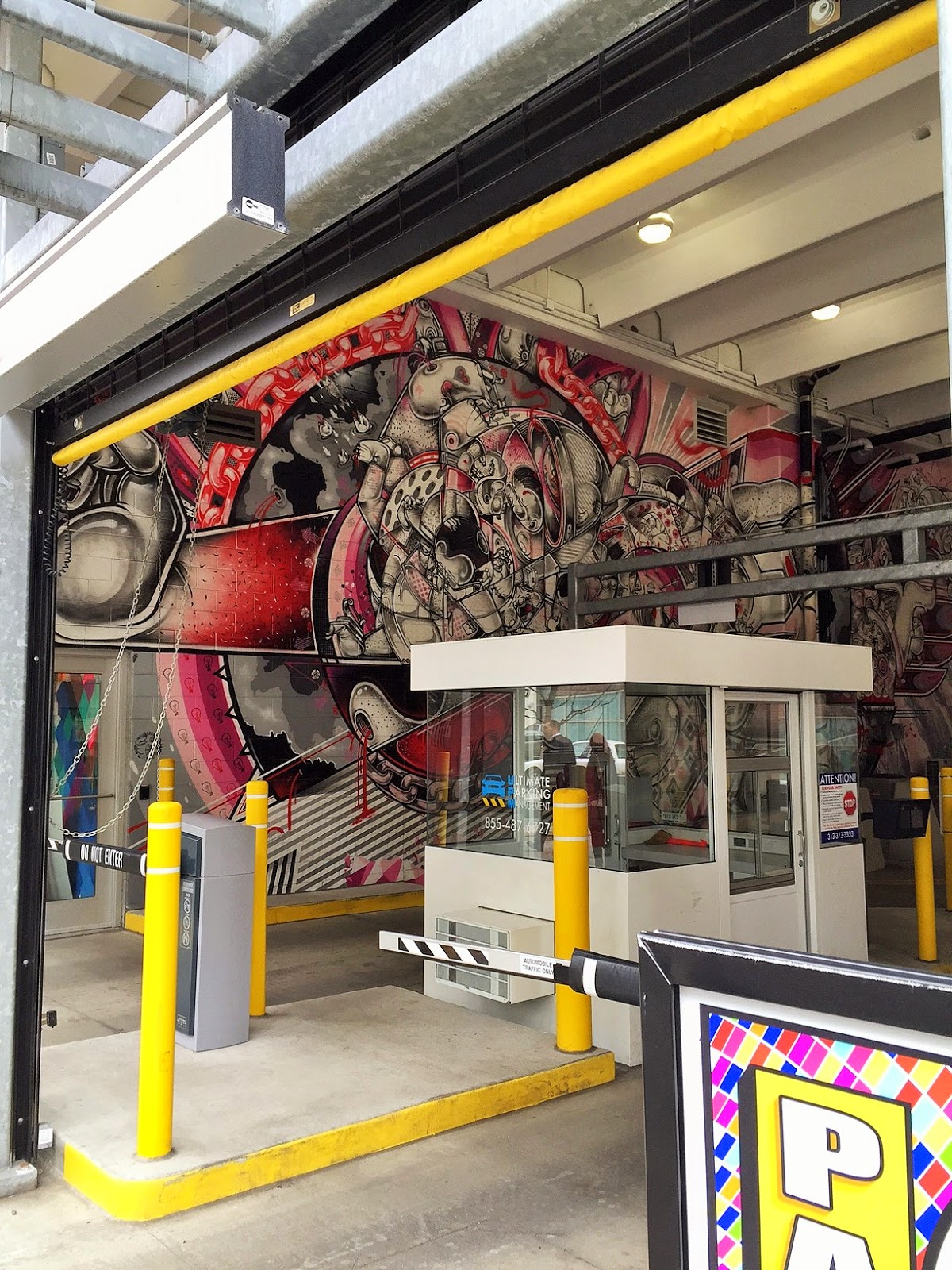 We pass a Dan Gilbert parking garage, “The Z”, with walls adorned by local graffiti artists which Bruce referred to as another Detroit museum- a stretch on his part for sure but it was an interesting
parking structure! 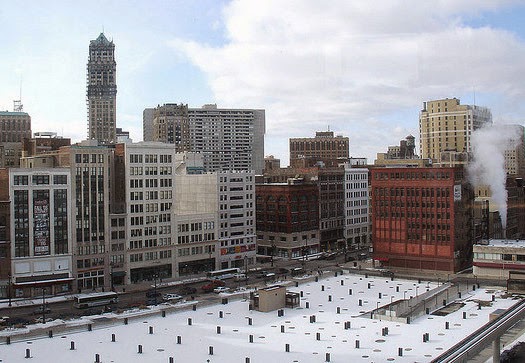 The tour continues on the streets passing down the “Merchants Row” shopping area along the city’s most famous street, Woodward Avenue. We pass by the block with painted steel beams sticking out of the ground again, which Bruce tells us… Ahhh! You were paying attention! To find out what the mysterious beams are, you’ll have to join me tomorrow for Part III of IV.