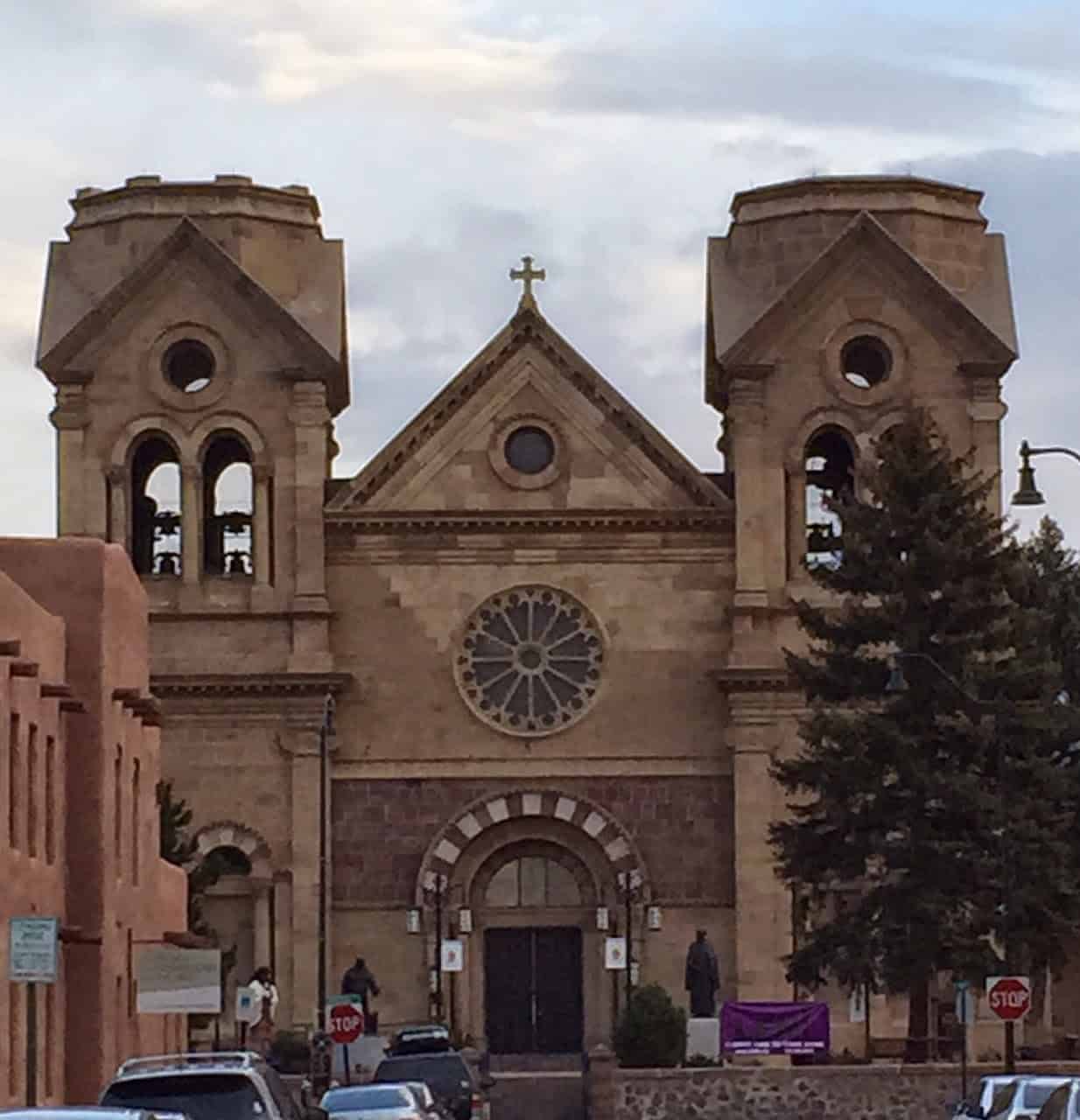 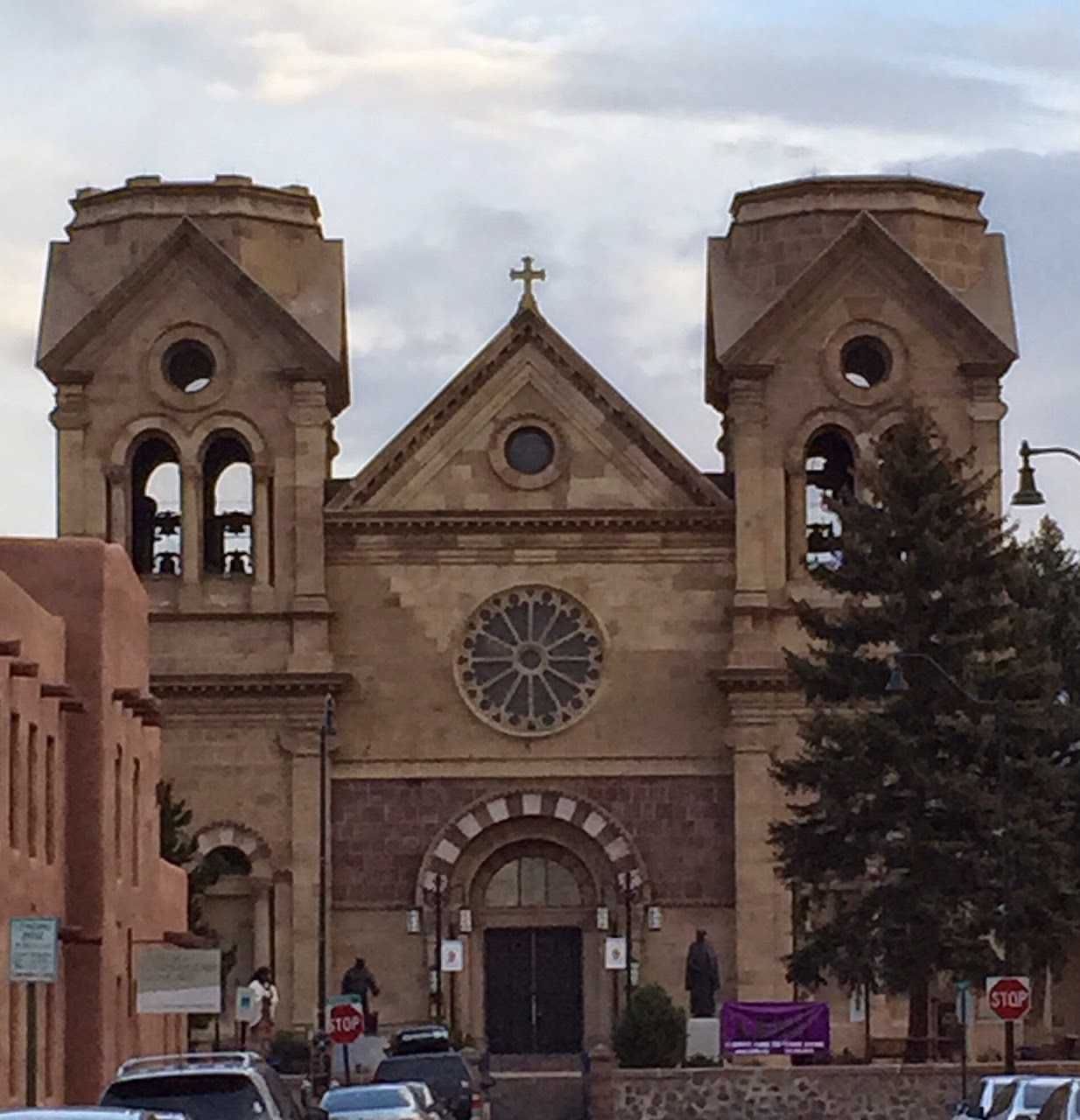 Was in Santa Fe last weekend to see close friends after a ten year hiatus from the “city different”?

Santa Fe is a slow moving town in every way… so maybe ten years is about the right amount of time in between visits if you want to see something new in Santa Fe. I do miss is the local ski basin, twenty-five minutes up the road to 8ft of snow, and no time available to ski… so close but yet so far away. Damn! 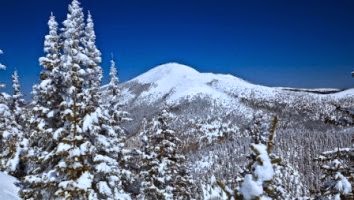 New to me on this trip were the art galleries located in the Santa Fe Rail Yard. When I lived there, the rail yard was a proposed project in a blighted area of the city, one that city officials and a loud-mouth group of opponents did everything they could to stymie…one of the things I loathe about Santa Fe.
Twelve years later it is a stunning development and the site of the much heralded Santa Fe Farmers Market as well as three stunning new art galleries. Located across the street (and tracks) from SITE Santa Fe, the center of the contemporary (sans western schlock art) arts scene in Santa Fe, and the original contemporary gallery in this area, James Kelly Contemporary.  The new kids on the block (but not to the Santa Fe or New York art scene) is the David Richard Gallery, William Siegal Gallery, and TAI modern. 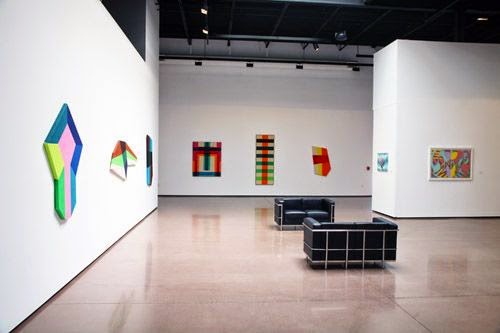 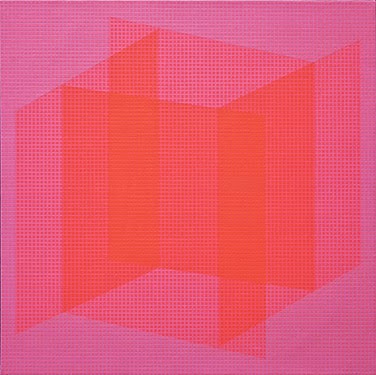 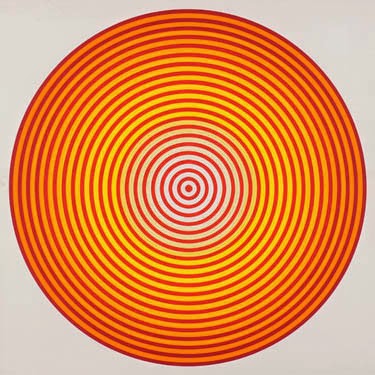 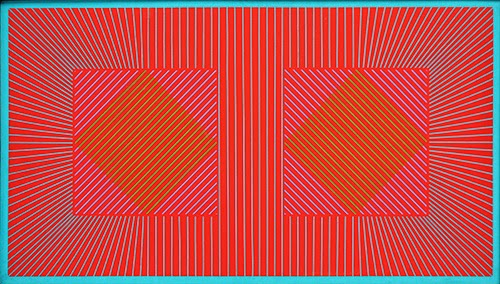 David Richard Gallery- Richard Anuszkiewicz, Exact Quantity, 1963, Acrylic
Currently on exhibition, POST OP: “The Responsive Eye’ Fifty Years After”, a current version of a show which was originally presented at MOMA in 1965 as a comprehensive overview of the OP Art Movement. All of the artists in the current show were presented in the original show (though not the same art works). They also represent the sculpture of fellow Californian and artist Betty Gold. The show closes April 12th 2015. 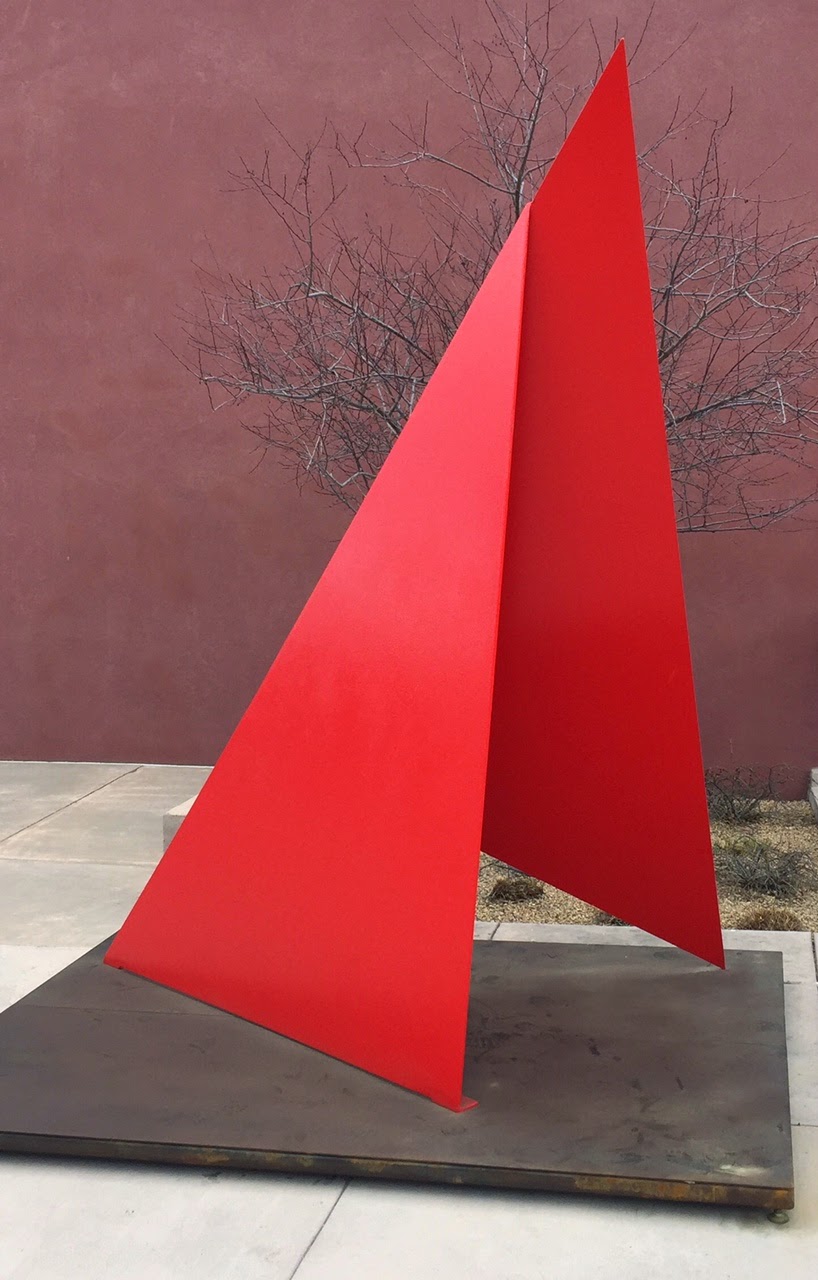 William Siegal Gallery specializes in museum quality textiles and objects, from Asian to pre-Columbian, clay, ceramics, and textiles with a smattering of early New Mexican antiques. 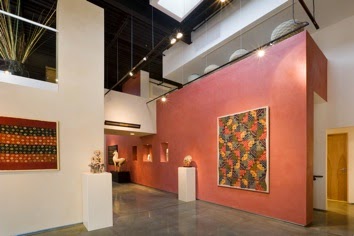 The interior of the William Siegal Gallery

What stood out to us at the Siegal Gallery was the contemporary steel sculpture by New Mexico artist, Tom Waldron. Waldron’s work shows mastery of the razor thin line from smaller table top work to those of civic proportions; technically and artfully executed steel sculpture in the vein of Minimalist sculptor, Richard Serra, but with a fine finish. Siegal’s gallery featured one of the most attractive display case for antiquities I’ve seen. 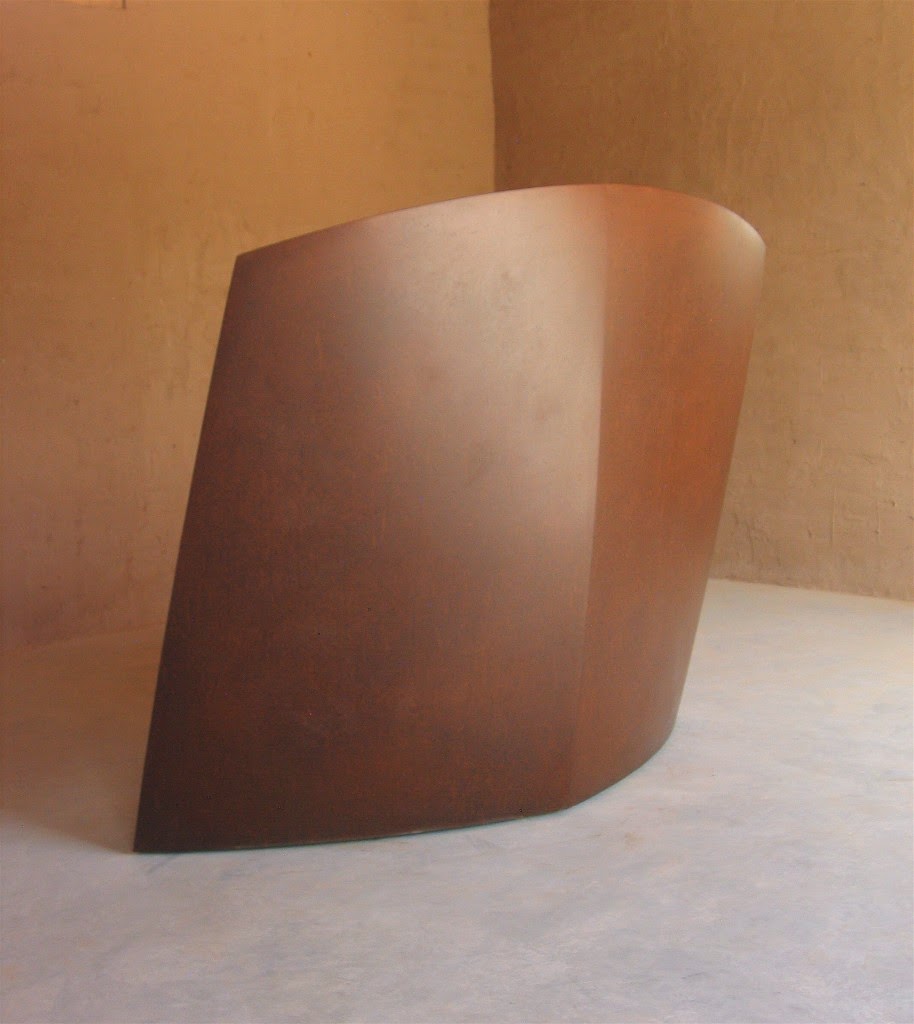 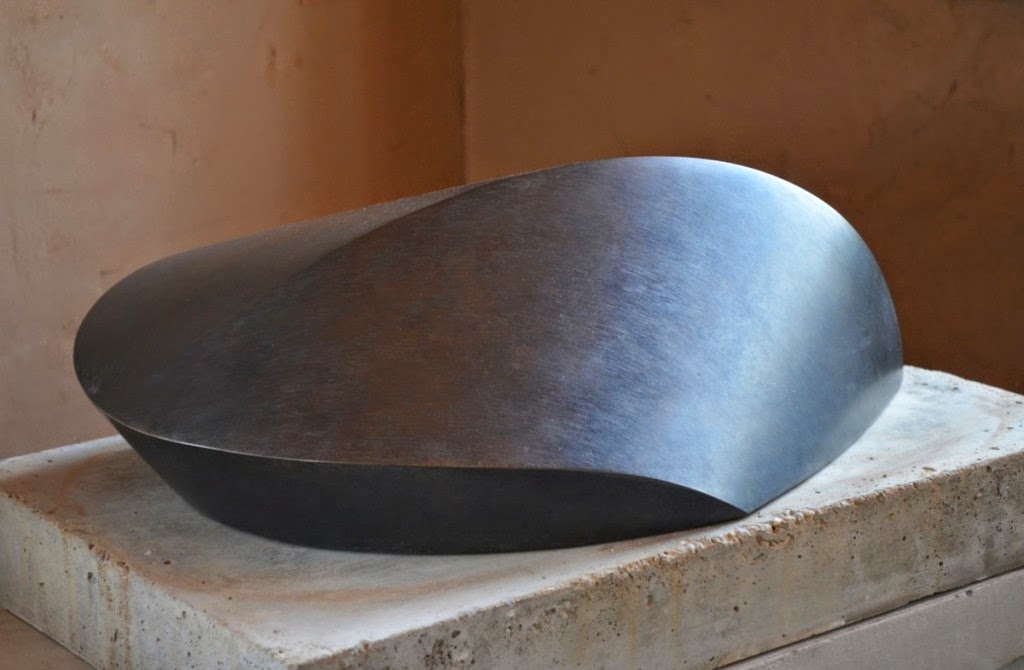 William Siegal Gallery- Tom Waldron- Nickel Plated Steel on concrete base, 20in 13in 7in
Siegal’s Gallery also had one of the most unique display cabinets, as shown below. 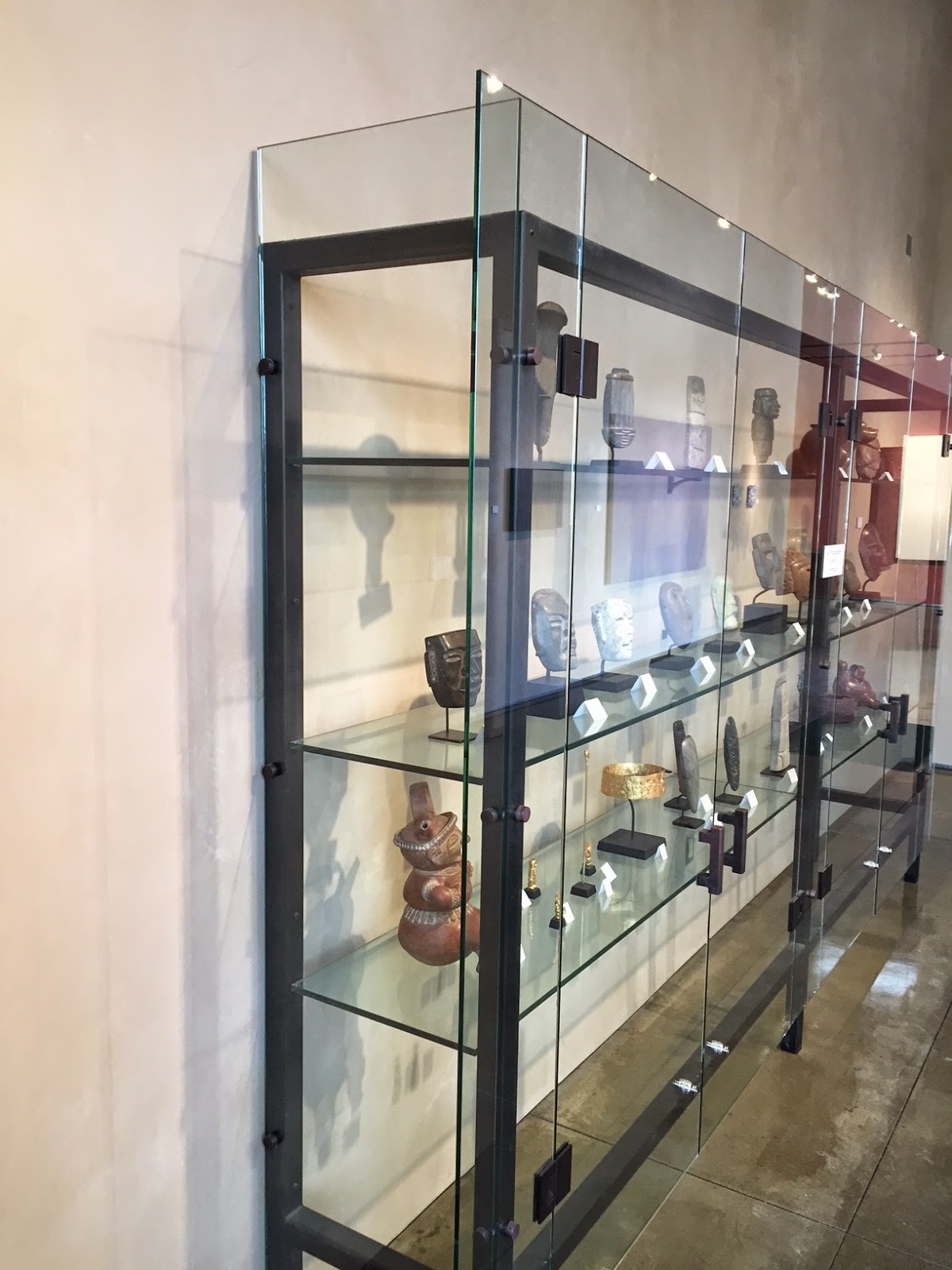 The corner of this row of galleries was anchored by the TAI modern gallery. 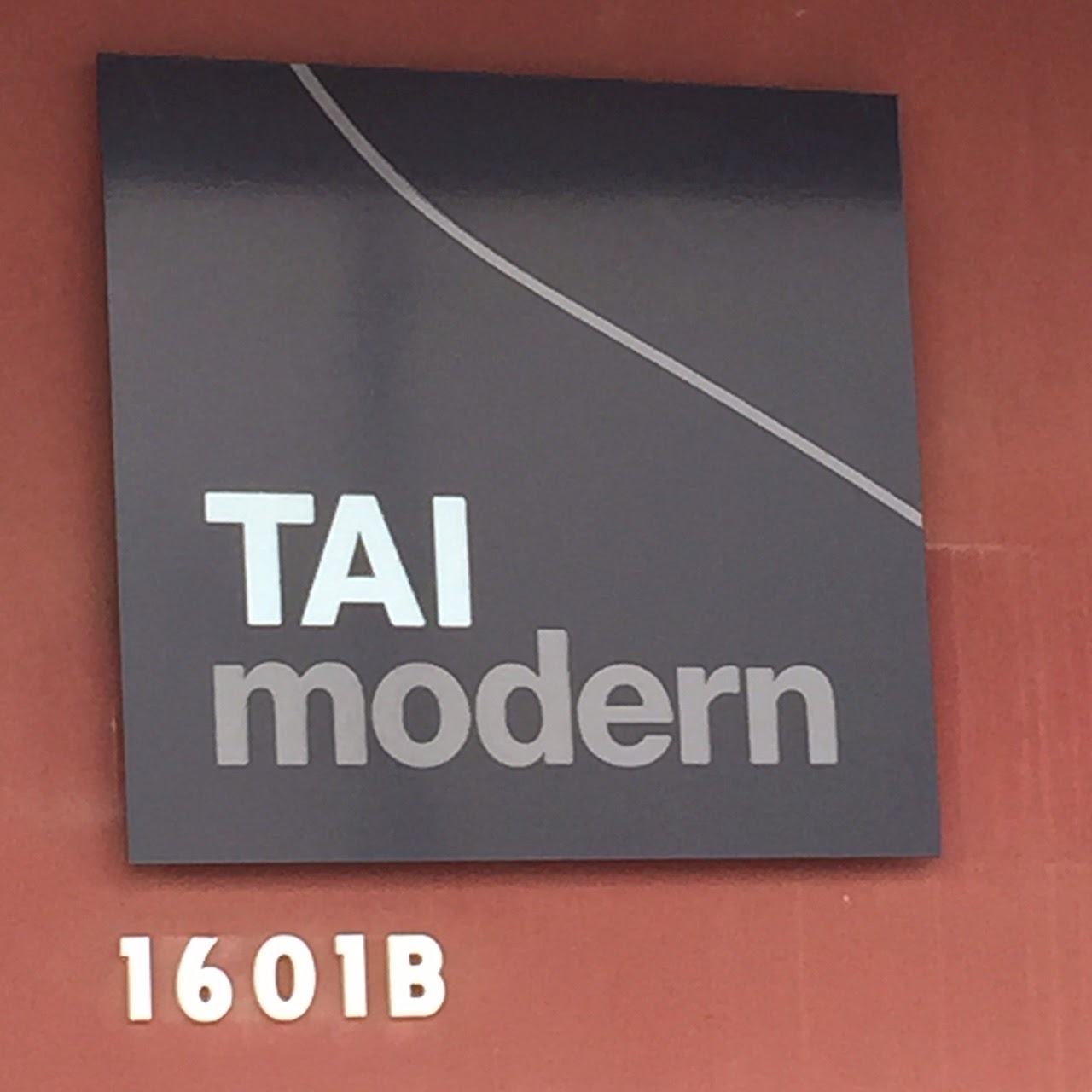 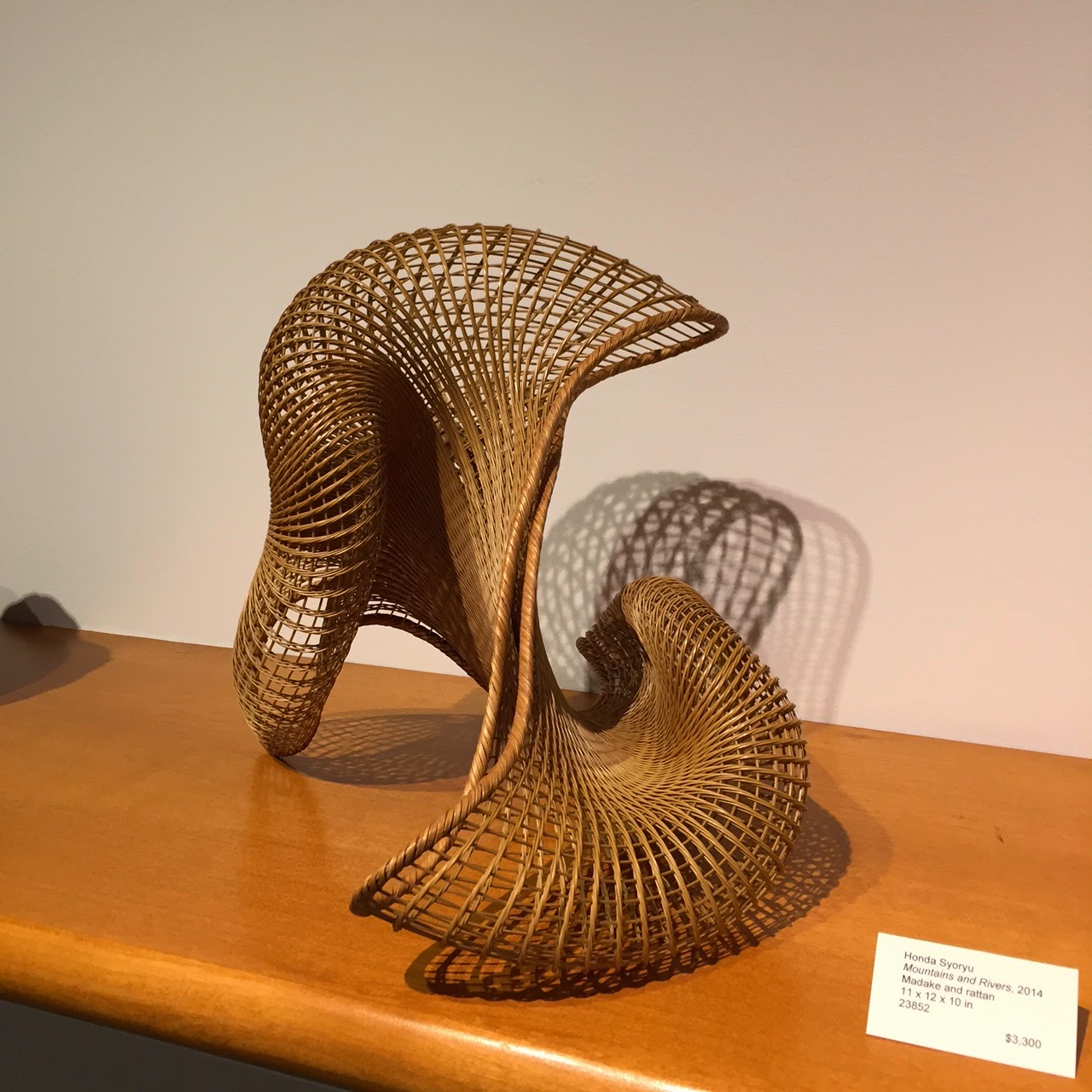 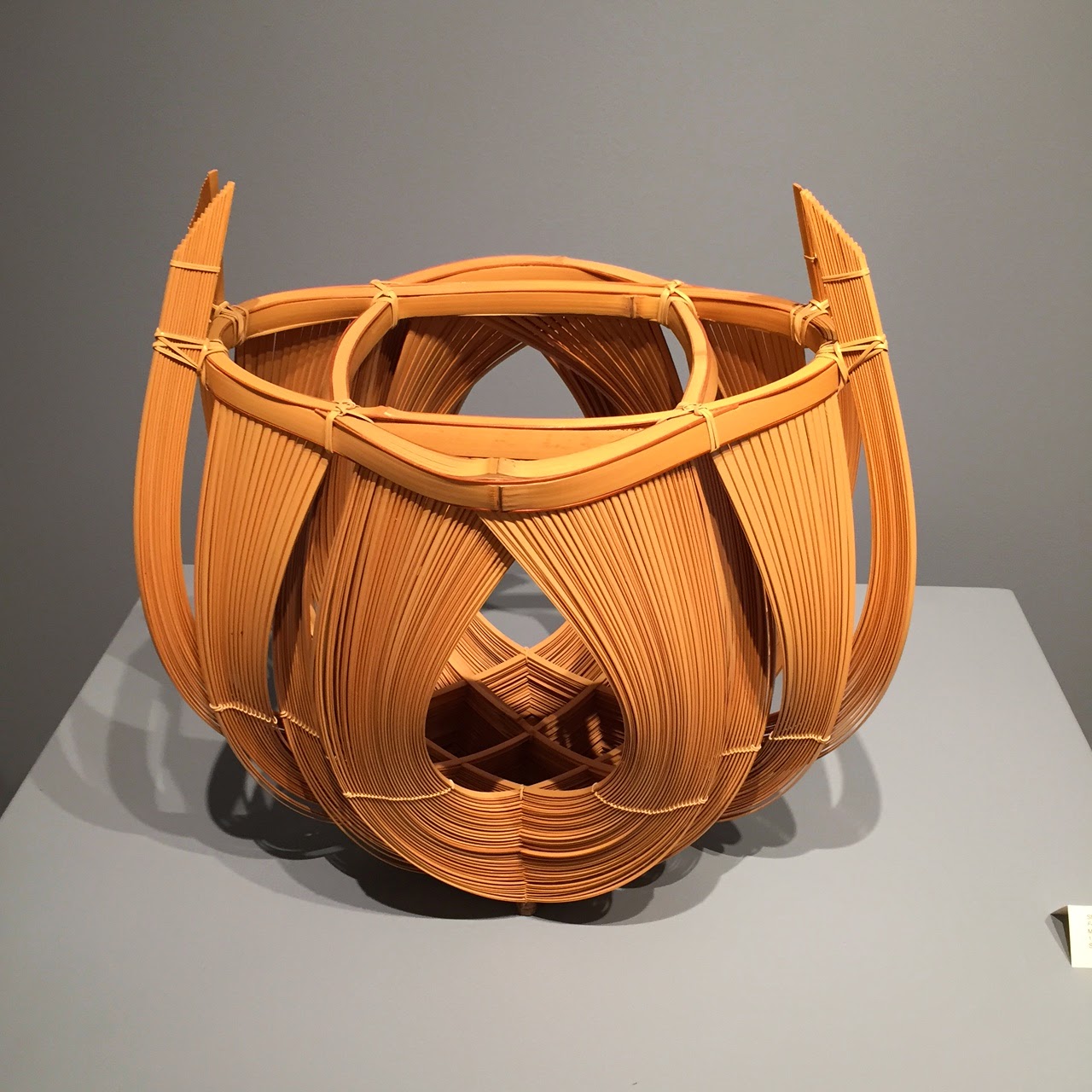 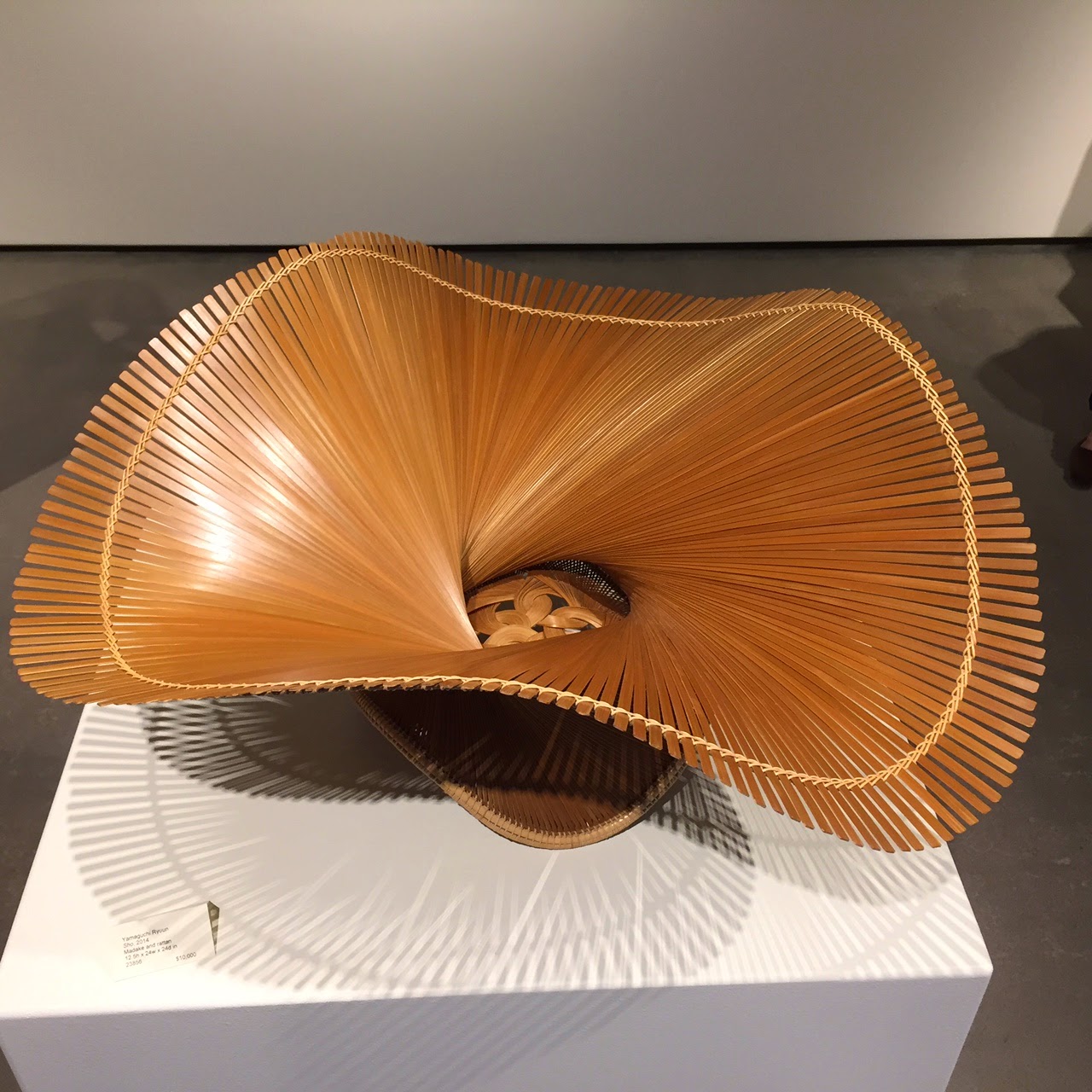 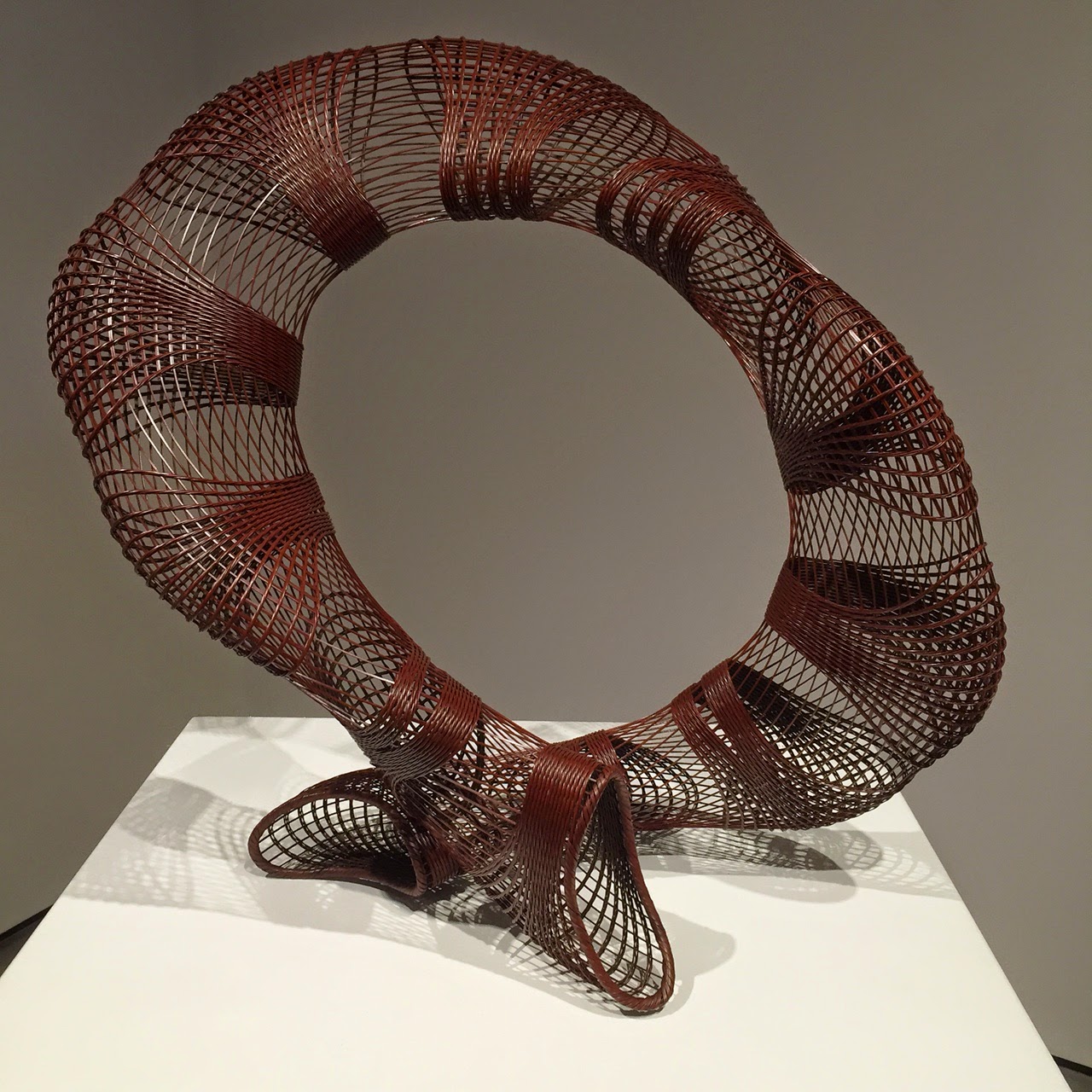 Hondo Syoryu, PROMINENCE, Madake and Ratttan, 2012. 19 x 18 x 9
The baskets were so sculptural in both abstract and traditional forms, priced from $3,300 to over $30,000, these are some of Japans most important basketry artists. 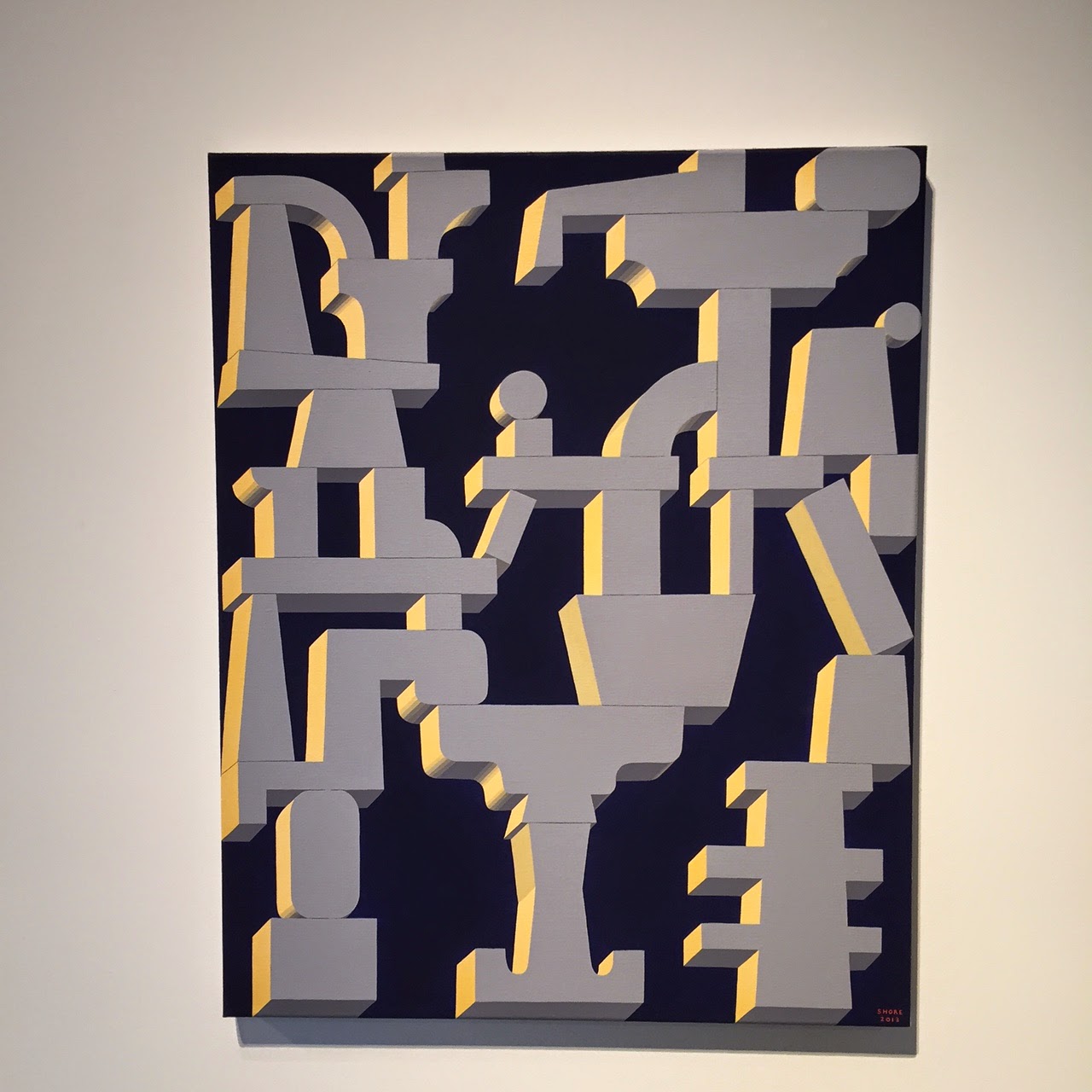 Also on view at TAI modern were optical paintings by artist Rebecca Shore.
See the photo below of the gallery’s unique dropped ceiling panels, made with metal mesh and steel grids with recessed tracks for lighting. 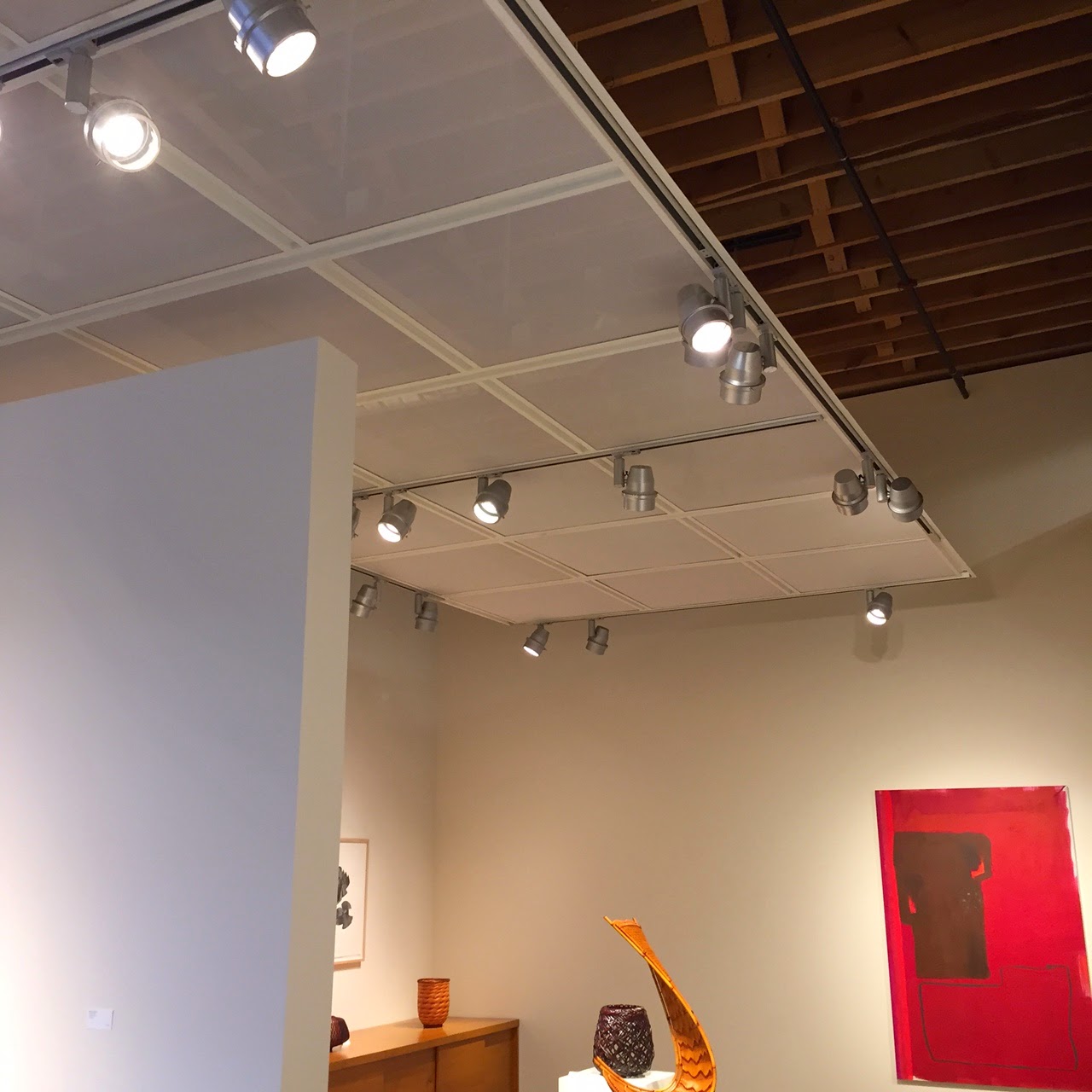 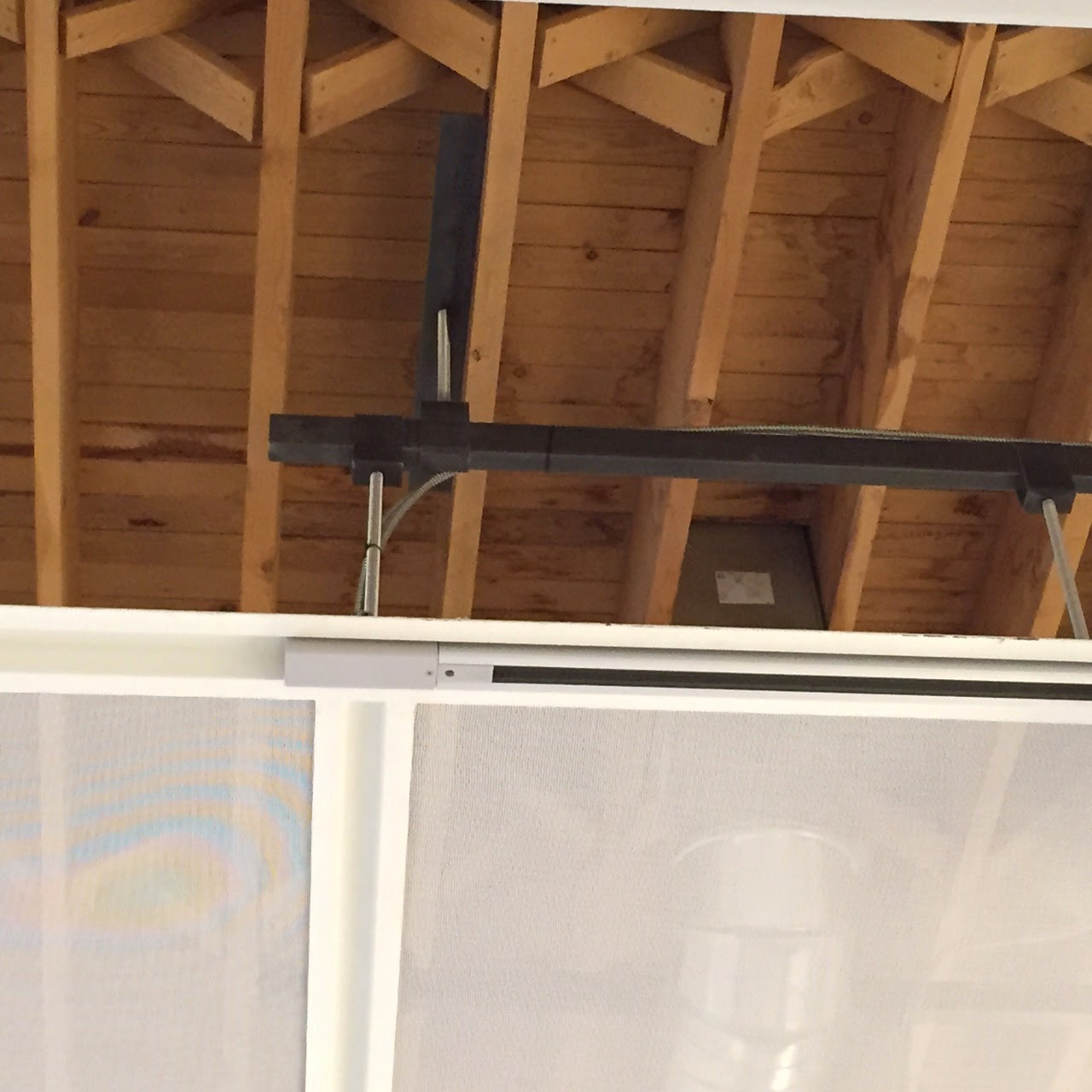 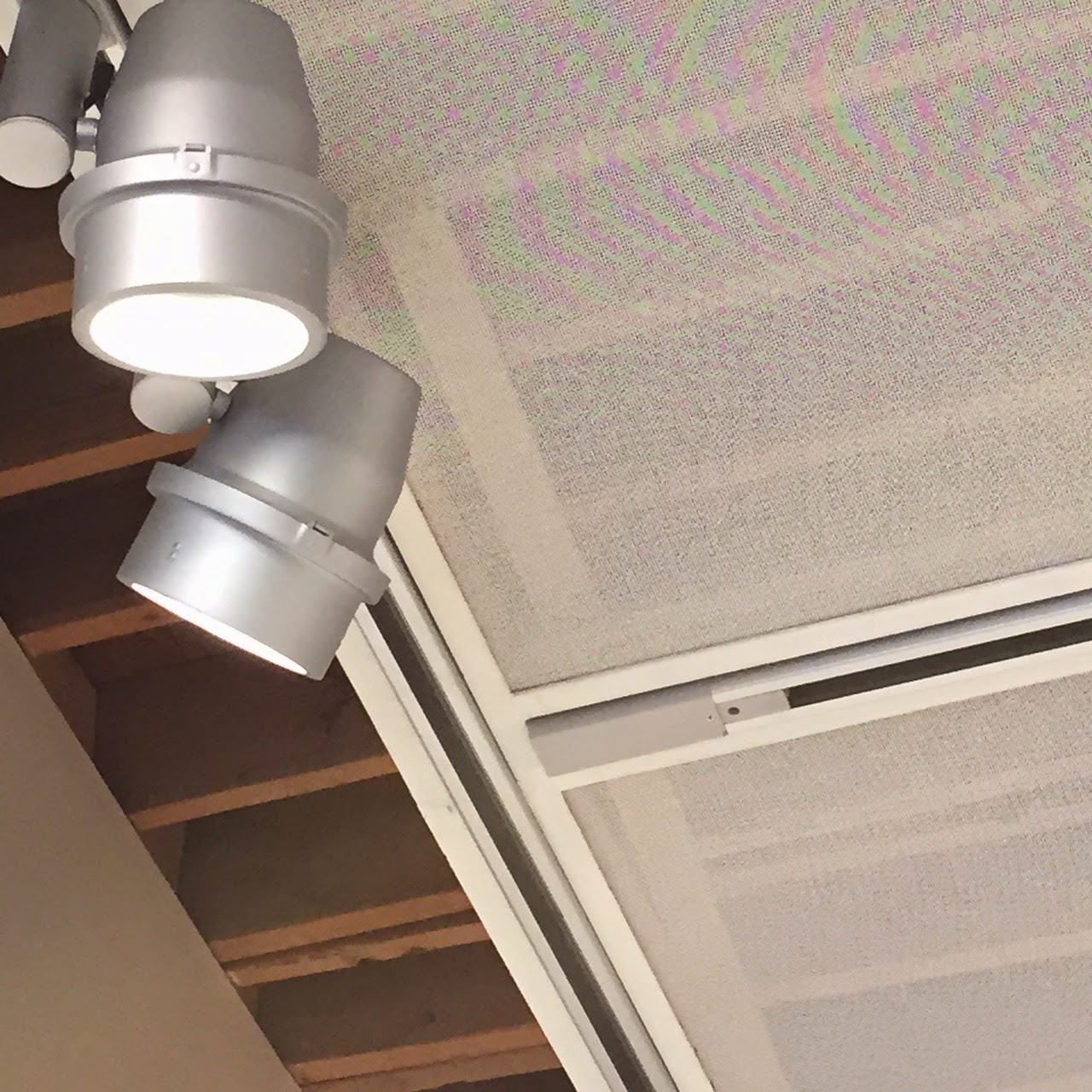 All right, let that wet your whistle, and stay tuned for STEVE THOMPSON IN SANTA FE, Part II of II: The Design Guy Reflects on Good Art in Santa Fe.