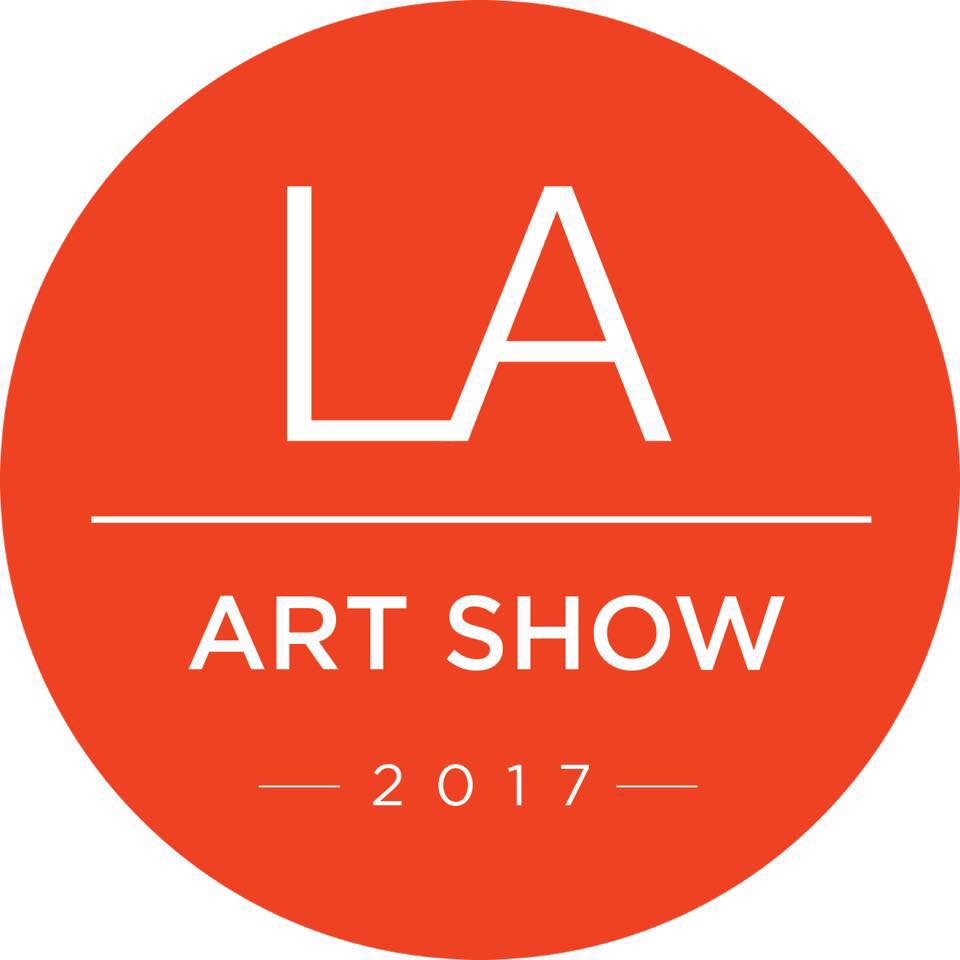 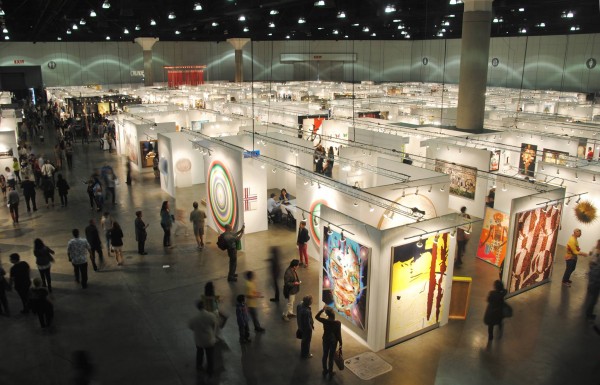 We loved last weekend’s LA Art Show in Los Angeles. As fine art consultants and dealers in conjunction with the Edward Cella Gallery in Los Angeles, we support this annual West coast event because it brings American, Europe and Asian artists and art dealers together in our backyard. The bulk of the show is modern/contemporary with a smattering of early forerunners to the movement such as Impressionist works. 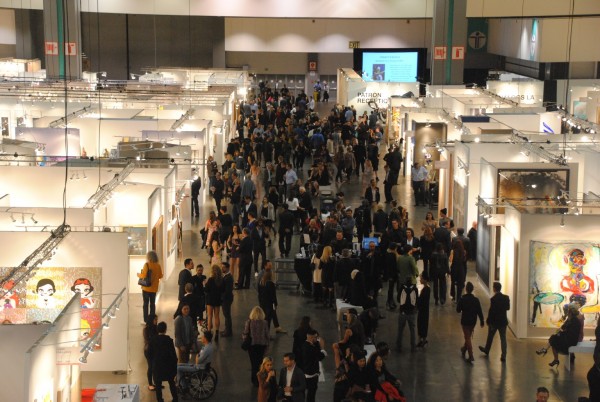 Art fairs are fun and have a great vibe, there’s almost a sense of celebrity, for both the collector, the celebrity and the stargazer, so it was appropriate that opening night was hosted by actress Emma Roberts, and benefitted St. Jude’s Children’s Research Hospital in LA. 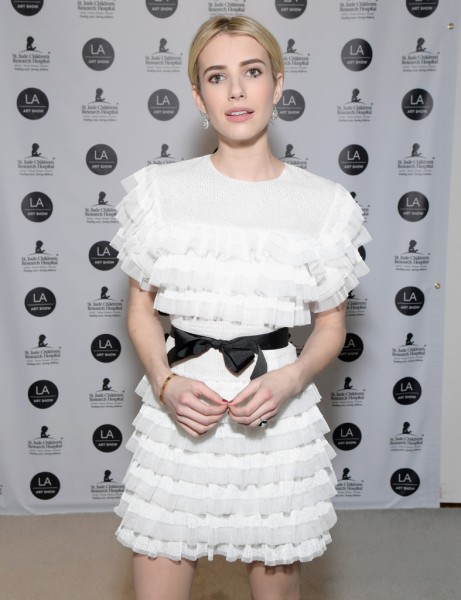 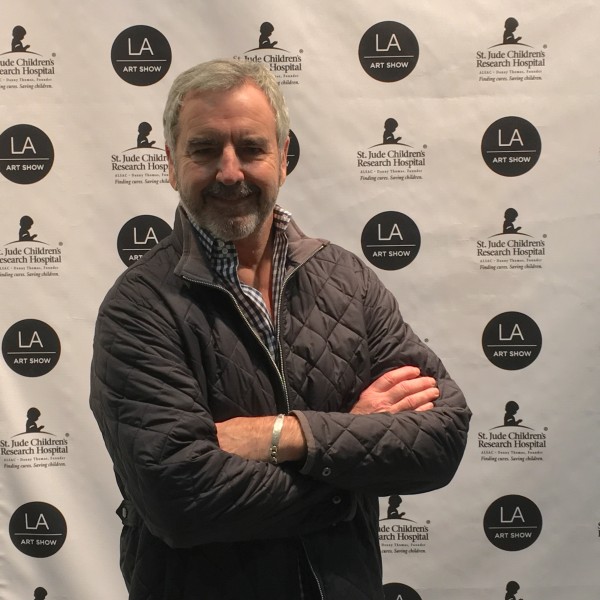 The Design Guy hamming it up (not at the opening!) 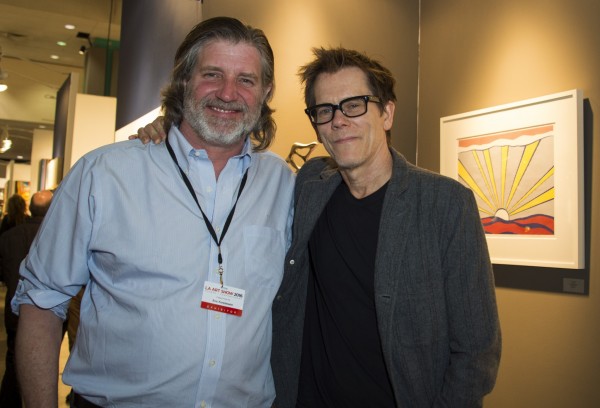 We agree with the show’s producers that, “The evolving role of the art fair is as a fulcrum for art commerce, connecting galleries, artists, curators, and collectors.” The LA Art show is in its third decade and claims that they are “among the world’s largest and longest running events with 150,000 square feet of exhibition space and close to 70,000 attendees this past year.” Based on the art fair stats that I’ve seen, those numbers are very impressive and its wonderful that the people on the west coast support this fair in such huge numbers. Yay for all of us because with the numbers comes more dealers, and with more dealers come more artists! LA DREAM by DOMA Collective, a take on constantly polishing the image of LA, a motorized piece with stainless steel letters “L” and A”, and car wash brushes.

There was good reason to attend every day of the fair which included 70 plus galleries, a curated section featuring Street Art, areas for non-profits like the Museum of Latin American Art, and The Autry Museum of the American West. 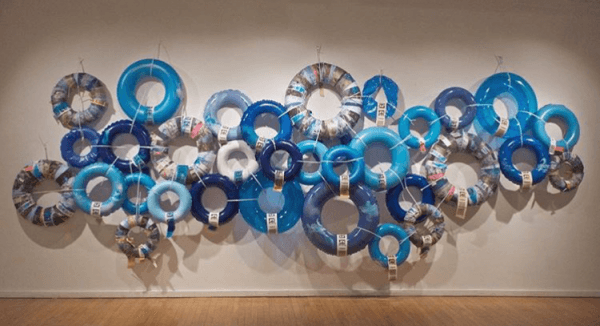 A piece by artist Scherezade Garcia at MOLAA, and an upcoming show at the museum.

There were 17 scheduled performance art pieces over 5 days. In addition, there were lectures and panel discussions by artists, celebrity tastemakers and gallerist, as well as off-site venues to further facilitate the interaction between the collector, the appreciator, and the artist and dealer, which was published on the fairs website. 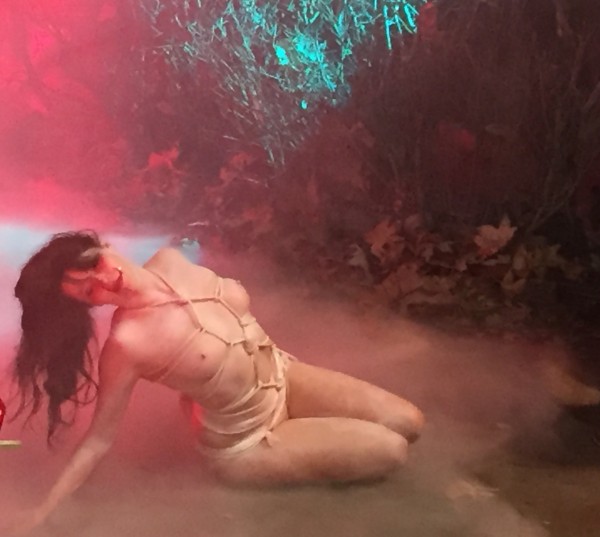 One of the featured artists was DOSSHAUS, Zoey Taylor and David Connelly, an artist duo that recreated an entire room constructed of paint on paper and cardboard, from a full scale piano to a working office, even the clothes on their backs, all paper and cardboard. The work is extraordinary and if I gave an award at this show it would be to this pair for cleverness an originality. 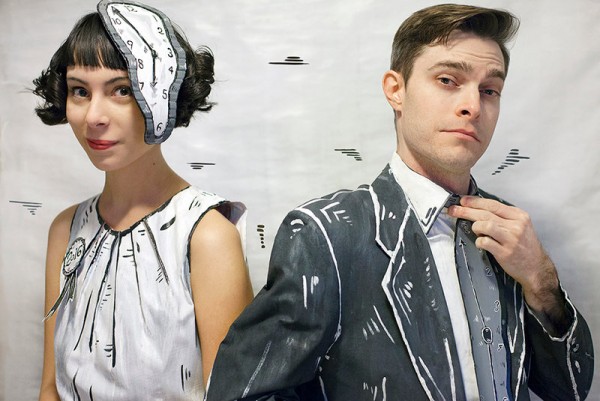 What’s the ‘diff’ in modern and contemporary art?

According to art critic Carrie Rickey, Modern art has come to mean art of the Modernist movement, roughly from the 1880s to the 1950s. Contemporary art (includes Conceptual, Minimalist, Postmodern, and the Feminist art movements) generally refers to art works of practicing artists. Easy enough!

The beginnings of the Art Fair

According to the blog, “Off the High Line”, by ArtBinder.com, the original art fair was named Salon de Refuses (literally the “rejects”) from 1863. It was born out of desperation by artists whose work had been rejected by the prestigious Salon of the French Academy. One of the rejectee’s was Manet, and a piece that now hangs in the Musee D’Orsay in Paris. 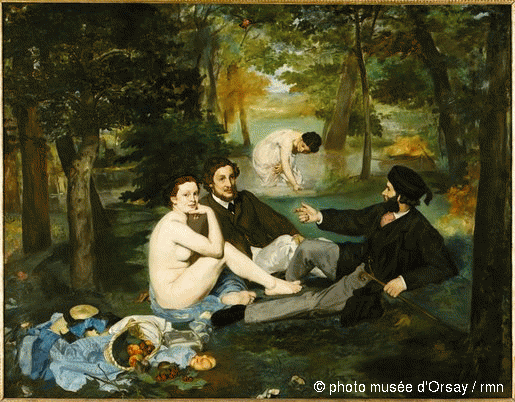 Important art fairs (though many fairs are larger in attendance, these three are among the most important):

Art Basel, 1970, has had a profound effect on the art world — expanding to Miami Beach and Hong Kong. Cabana Home has attended Art Basel in Miami and it is truly a happening from Miami Beach to South Beach and everything in between, spawning more than twenty satellite shows that run concurrently, the largest of which are RED DOT MIAMI, and SCOPE (which also runs a show concurrent with The Armory Show in New York). This year Art Basel Miami runs December 7th-10th, 2017.

So, what did we love, what stopped us in our tracks? Have a look! Water LLSM 16, a monumental oil on canvas by Young-II Ahn 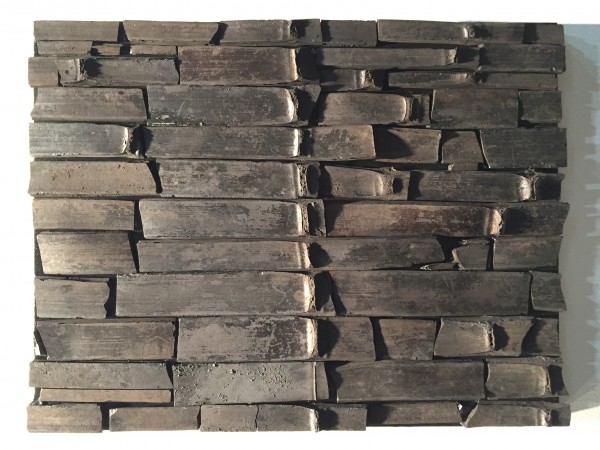 Charcoal on Board, Kenji Misawa Michael McCall, In & Out, enamel on aluminum Join us next year for the LA Art Show!